The Environmental and Financial Benefits of Biking to Work 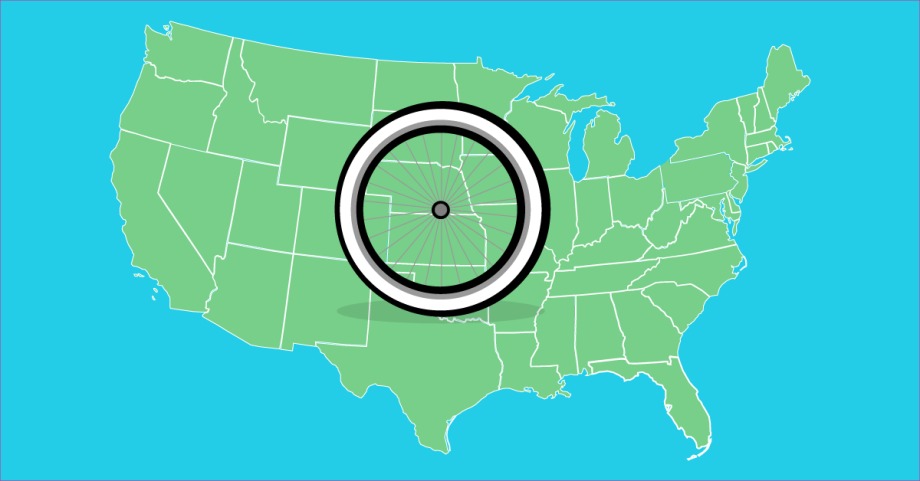 Good for your health, great for the planet

The trend of "biking to work" has been taking hold in the United States for many years now, and for good reason. Riding a bike is good for your health. And less time spent driving around in a car means less greenhouse gases released into the atmosphere.

How Much Carbon Does the Average Commuter Produce?

Commute distances vary person to person and city to city.

But, in a city like Los Angeles, where the average commute time is a brutal 29.3 minutes, it's safe to assume that most people aren't within walking distance of their job. So let's take a hypothetical situation to illustrate the amount of waste happening here.

According to this study from Statistic Brain1, 29% of people commute between 1 and 5 miles to work one way, and 22% commute between 6 and 10 miles one way. So let's say that you live five miles from work. Your daily round trip commute distance is 10 miles. Too far to walk, but not too far to ride your bike. Now let's take a look at your impact when you drive your car.

Let's say you drive a sensible mid sized vehicle that gets a conservative 25 MPG. This is also - coincidentally - around the national average2 in miles per gallon of gas, according to a study conducted by the University of Michigan. According to the EIA, your average motor vehicle produces about 19.64 lbs of carbon per gallon of gasoline burned, the average retail cost per gallon of gasoline in the United States is around $2.25. This means that – daily – your ten mile round trip commute costs you around .90 cents for gas, and produces around 7.856 lbs. of CO2.

All things considered, those aren't huge sums, but over a full year, they add up fast. There are 261 workdays3 on the calendar in 2016. Let's assume you're a very industrious worker, you never call in sick, and you never take superfluous days off. But - because you're not a robot and you need to recharge - you take a two week vacation. So the other 251 days of the year, you're hard at work. That means 251 days of commuting. This means your commute by car is only costing you $225.90 in gas per year, and producing a whopping 1,971.86 lbs of carbon dioxide. When you look at the above numbers, riding your bike to work becomes a pretty attractive alternative. You save a little cash, you help the earth, and you get some exercise.

Invest in an Electric Bike to Make it Easier

One of the reasons that we all haven't ditched our cars yet is that many us live pretty far from work.

In fact, over the last 15 years, people in the top 15 US metros have fewer employers in their vicinity4. That's where technology comes in as workaround. The introduction and mass proliferation of the electric bike has made it easier to make even a long commute in an earth friendly way.

Electric bike technology is evolving. New models are everywhere, and while the initial investment5 is usually high, the race is on to bring the price down. Certain progressive cities – like Madrid, Spain – have even pioneered "e-bike sharing programs" to help further the movement. Here in the United States, Oakland, CA has introduced a solar e-bike share program6.

The most high performance electric bikes on the road today can top out at 20 MPH. That's really fast for a bike. A much more conservative speed to travel on an electric bike is around 10 MPH max speed. Which means an electric bike has the ability to turn a five mile one way into a 5 – 10 minute trip. 20 minutes, tops. Even those of us who are less athletically inclined can reduce time in the car while doing something good for the environment.

Not bad, right? Save money, save time, save the earth, and get a bit of exercise. Now, if technology could just take care of that whole needing a job to to survive and buy things problem, then pesky commutes would be a thing of the past.