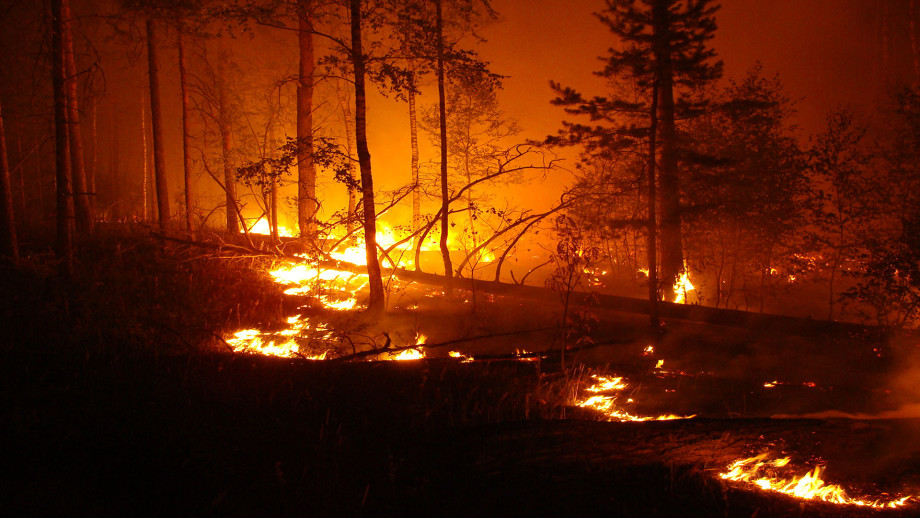 Understand the Connections Between Climate Change and Wildfires

Are wildfires a result of climate change?

For example, in regions like California and Oregon, climate change has been connected to the continued and prolonged drought-like conditions these regions have been experiencing for the past couple of decades. The drought-like conditions can be attributed to changing rain and snow patterns affecting the regular water supply cycle from the ice packs high up in the Sierra Nevada and other mountain range systems.

Combine drought-like conditions with record temperatures, summers that begin earlier and end later, and high winds, and you have the perfect conditions for wildfires. Climate change does not cause wildfires but it does contribute to the conditions that make wildfires more dangerous and frequent. The cause of wildfires may vary from something as simple as lighting striking, a cigarette or illegal campfires1.

How are wildfires linked to global warming?

Global warming is essentially caused by creating an abundance of greenhouse gases that get trapped in the atmosphere. Greenhouse gases, like carbon dioxide and methane, can be produced by burning fossil fuels to produce electricity through our industrial and agricultural processes and our modes of transportation. When greenhouse gases get trapped in our atmosphere, more of our sun’s energy remains on earth rather than being released naturally back into outer space. When the sun’s energy is not released correctly into space, the conditions are created for global surface temperatures to rise. Increasing global surface temperatures can have dramatic effects felt in almost every aspect of our environment. But how does this process affect wildfires?

Increased global surface temperatures can alter rainfall patterns to a point where some regions can experience flash-flood conditions while others can experience extreme drought at the same time. Areas that are already susceptible to droughts may then experience more frequent and more intense droughts. When the drought-like conditions begin to set in, they can linger for months with no sign of relief. Combine this with more extreme temperatures and high winds, and you have a scorching, dry forest landscape that is ready to burst at the first spark. Once the fire begins, the high winds and lack of rainfall can cause the fire to spread rapidly and become difficult to contain.

These drought-like and extreme-heat conditions are beginning earlier and earlier each year, limiting Forest Service Management’s ability to implement prescribed burnings and other forest management techniques in advance to prevent forest fires later in the season.

It is believed that the increase of wildfires throughout the western U.S. and in Australia can be unequivocally connected to global warming and its role in boosting the conditions for fire2.

Climate change can worsen wildfires because when a region is entirely arid, there is no moisture in the vegetation to slow a fire from spreading. Dry wood and leaves are some of the most flammable materials we have. If these materials are abundant, they will either burn until there is nothing left to burn, or the water in the form of rain or firefighting efforts can contain the fire. Climate change has made the likelihood of rain occurring during the time of peak fire season extremely low. Once a fire starts, the best way to contain it is through firefighting efforts conducted by emergency personnel. Sometimes though, when the conditions are arid, and there are high winds, not even firefighting efforts are enough to curb the intensity and spread of a wildfire.

How does climate change cause more wildfires?

Climate change can lead to more fires because annual rain and snowfall patterns shift enough to cause extreme drought in particular regions. Since this shift in rain and snowfall patterns is occurring more regularly, areas that experience a drought, as a result, are experiencing them much more frequently. When these drought conditions wreak havoc on a particular region, the environment is more prone to wildfires.

Although wildfires can cause great devastation, there are some benefits to naturally occurring wildfires that can positively affect the environment. When wildfires occur that are small, manageable and not burning over millions of acres, there is evidence of some replenishment of nutrients and other benefits that can be seen after the fire has left the region.

Here is a quick breakdown of a few of those benefits3:

When a wildfire occurs, it is typically smaller with lower heat and does not affect large tree populations. Instead, an intense burn clears out much of the brush and undergrowth on the forest floor. This process is exceptionally healthy for a forest’s ecosystem, and it can have numerous benefits. The problem with wildfires that occur when conditions are dry and drought-like is that the fire burns hotter, burns the larger tree population, and can rage uncontrollably throughout millions of acres. When there is no moisture in the ground due to changing weather patterns and extreme temperatures, “bad” wildfires can occur.

Are wildfires affected by climate change?

As a result of climate change, we are experiencing increased risk and extent of wildfires. However, several factors can affect the frequency and severity of wildfires. These factors can include temperature, soil moisture, and potential fuel such as shrubs or trees. Through research, we can prove that warmer and drier conditions result from climate change, causing longer fire seasons and increased drought time4.

Are wildfires worse than ever?

You may see an increasing amount of news headlines about wildfires and start to wonder if there really are more wildfires or if you are just more aware. The truth is, wildfires have become more severe5.

Did global warming cause California fires?

Some California wildfires may be caused as a result of global warming. In the Western United States, more than half of the acres burned annually are attributed to climate change6.

Does global warming cause natural disasters?

Increases in the global surface temperature can also affect the temperature of our oceans. When the temperatures of the seas rise, the frequency and intensity of hurricanes can increase dramatically. The rising water temperatures interact with an abundance of heat in the atmosphere to create robust storm systems with increased wind speeds, intense and prolonged rainfall, and coastal flooding. Hurricanes can generate devastation throughout the world, and the consequences of this type of natural disaster can be felt in a hard-hit region long after the storm has come and gone.

It is not just hurricanes that global warming affects. Natural disasters such as tornadoes, flooding, mudslides, droughts, and wildfires are also exacerbated by the increased temperatures and increased thermal energy that greenhouse gases can trap. Flooding can occur due to a hurricane with torrential downfall, or it can occur from the melting of polar and mountain peak ice packs. Increased temperatures melt ice at a more rapid rate. The melting of the polar ice caps can cause sea levels to rise, flooding coastal areas. If melted fast, snow from the mountain packs that feed many water supplies worldwide can overflow rivers and flood many regions.

With wildfires, you see an increase in intensity and frequency as well. A region under a severe drought will be more susceptible to a wildfire, and when the fire starts, it can burn out of control with no moisture to diminish its growth and spread. Global warming has contributed to many regions of the world experiencing drought-like conditions regularly, rather than a once in a decade kind of event7.

Global warming is worsening natural disasters and affecting droughts, floods, tropical storms, and wildfires. Droughts are becoming more severe, and with temperatures rising, the effects are worsening. Rising temperatures can cause more extreme rainfall. Sea levels are also growing as a result of global warming, causing flooding in coastal areas. And while we do not necessarily see more tropical storms, we are seeing them become more intense due to global warming. We have already discussed wildfires, but it’s easy to understand how droughts and increased temperatures could fuel more and more wildfires8.

How does it work?