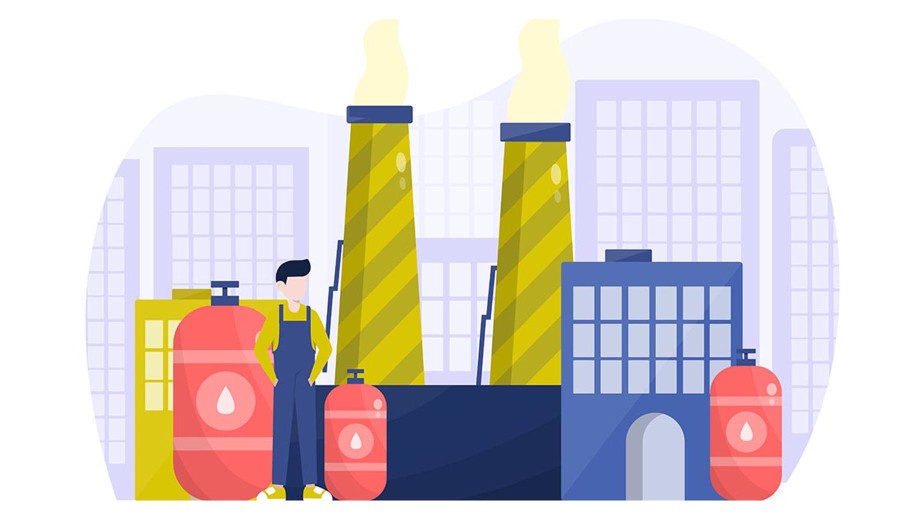 Learn about whether natural gas is a renewable resource or not, and how you can make sure your home is powered sustainably.

Natural gas is one of the largest energy sources used to power our homes and businesses. Although natural gas is a leading source of energy, it does have its drawbacks.

Generally speaking, for an energy source to be considered renewable, it must be naturally replenishable. Energy sources that we refer to as renewable come from sources such as wind, sunlight and water. These sources occur naturally, have a relatively unlimited amount, and can be reused over and over.

Natural gas, on the other hand, does not have an unlimited amount. With the lack of this fundamental characteristic, it is not considered a renewable resource. Like coal and oil, natural gas comes from a depleting source that cannot be replenished over time and is thus referred to as a nonrenewable resource.

Renewable energy is a key resource for helping the environment. An increasing number of companies, organizations, and governmental bodies emphasize using renewable energy sources moving forward. (If you're ready to take action against nonrenewable and environmentally-harmful sources, click here.)

Natural gas has formed naturally beneath the earth's surface and primarily contains methane and other hydrocarbons such as nitrogen and carbon dioxide. Like other fossil fuels, it's created from organic matter that died millions of years ago.

Natural gas is found deep in the earth's core, further down than oil, so it's complicated to extract and often harms the environment to do so.

Is natural gas renewable or nonrenewable?

As we traditionally view it, natural gas is not renewable, but its sustainability level depends on where it comes from. There are three types of natural gas:

Of these three types of methane, biogenic is the only one that could be described as renewable, though it comes through sources that cause climate change. Despite causing 20% less damage than other fossil fuels, the others are damaging to extract and will run out in 50+ years.

Why is natural gas not renewable?

Technically, natural gas should be considered partially renewable. Some aspects of natural gas are replenishable, whereas others are not. The nonrenewable gas extracted from deep beneath the earth takes millions of years to form and will take millennia to reform.

How is natural gas produced?

Natural gas, like oil, is formed out of decomposed organic matter derived from marine microorganisms deposited over the past few hundred million years. It is then extracted from the earth and refined, creating the different gas types (such as propane and butane) that we use today.

Where does natural gas come from?

Natural gas comes from organic matter (such as animals, plants, and microorganisms) that died millions of years ago mixed with earth and sand beneath the sea, which was gradually buried over time. In an anaerobic environment (without oxygen), pressure and heat build, and the organic matter breaks down, eventually forming gas.

What are the three biggest uses of natural gas?

Other sectors that contribute to the widespread use of natural gas include the commercial and transportation industries1.

How bad is natural gas for the environment?

While natural gas is one of the cheapest energy sources, it isn't good for the environment. It cannot be stored effectively and is nonrenewable, two significant problems.

Natural gas is extracted from wells, and the drilling and transportation in pipelines result in a significant amount of methane leakage. It offers cleaner burning than other fossil fuels and produces minor amounts of mercury, sulfur, and other particles. Burning natural gas does produce nitrogen oxides, which usually contribute to the creation of smog, but it does so on a much smaller scale than gasoline and diesel2.

Ultimately, natural gas is not the best option for choosing environmentally-friendly energy sources, but when compared to other resources, it presents less harm.

How do natural gas drilling and production affect the environment?

Natural gas drilling and production have considerable effects on the environment. Building a natural gas well takes enormous effort that has many stages to the process.

First, the drill site has to be located. The exploration of potential natural gas drill sites can impact the environment when vehicles and exploration instruments are used to disrupt soil, plant life, wildlife, and communities in the search for new drilling sites. Once a site has been located, then the process to build a well is also disruptive. Then, once the drilling well is constructed, its operation creates high levels of emissions.

The process of natural gas production can also create leftover contaminated water that needs to be correctly disposed of to prevent the pollution of groundwater and other bodies of water and land in the surrounding areas.

Natural gas production and transportation can also have extensive networks of pipelines. That again involves the continued disruption of land during their construction. Workers transporting to and from work sites, land excavated, trees and plant life destroyed, and communities who live in and around the area.

The controversial use of fracturing is also part of the production of natural gas that can affect an area of land. When a fracturing site is established, the nearby water sources and marine habitats can be adversely affected by the sheer amount of water that is needed in the fracturing process. On top of that, once the water is used for fracturing, it becomes contaminated. Once contaminated, this water becomes dangerous to humans and wildlife due to its toxicity. Any mishandling of this water can result in spills or leaks into the groundwater and nearby lakes and rivers.

This can affect aquatic life and human sources of drinking water. The ingestion of these contaminants can cause great harm and is currently being studied in different communities within the U.S.

One last effect worth discussing is the act of burning off excess gas at oil drilling sites. Sometimes natural gas can be produced when drilling for oil. When the price of transporting and selling natural gas is not economical, many oil companies burn it. While doing so, they release greenhouse gases and other toxic pollutants into the air3.

Can we make natural gas?

It is difficult to determine whether or not it would be possible for a synthetic form of natural gas to exist. This is partly because the process of fossilization takes such a vast amount of time and partly because it is unclear whether an increase in the production of landfills and cattle farms would be viable in the long term.

In theory, it could be possible over a long period. Still, it would continue to harm the environment, and it isn't worth it when clean, renewable sources such as solar, hydro and wind power can produce electricity to replace it.

How is renewable natural gas produced?

Biogas or biomethane usually consists of carbon dioxide and methane. It is cleaned and conditioned to remove or reduce non-methane elements to produce renewable natural gas or RNG. This RNG is processed in a way that is interchangeable with traditional, safe pipeline-quality natural gas.

What is the difference between renewable and nonrenewable?

When we talk about energy sources, we are usually thinking about the long term. For this reason, the most attractive sources of energy are the ones that will last us for generations to come. Renewable energy sources come from (usually) naturally occurring elements such as wind, water, sunshine and organic matter.

What biofuel can be used as a renewable substitute for natural gas?

What are the pros and cons of natural gas?

Natural gas is a cleaner option than other fossil fuels and is often a bridge toward renewable energy. In short, it's relatively cheap and creates millions of jobs. However, it is still a greenhouse gas, even if it doesn't remain in the atmosphere as long as CO₂ does. Therefore, it's less than ideal for the environment, both directly and indirectly, due to methane leaks.

On the demand side, the weather is one of the most critical factors to look at. When temperatures increase or decrease dramatically, the demand for natural gas skyrockets. Many homes in the U.S. rely on natural gas to heat and cool their homes. This is why you will sometimes see the consumer price of natural gas at its highest points in the summer and winter months. Once the temperature becomes milder during the spring and autumn months, people begin to turn off their HVAC systems, and the price of natural gas stabilizes to their average year-end price.

As for the supply of natural gas, factors like the production rate, quantities of imports, and storage capacity all affect how much natural gas is available on the market. When supply is low, prices go up. When the supply is high, natural gas prices go down. A less substantial factor to consider when looking at natural gas prices is severe weather events like hurricanes, flooding, earthquakes, wildfires, etc. These types of weather events can drastically affect the production and transportation of natural gas. Supply chains can be disrupted and can become inaccessible due to damage to drill sites4.

Which states consume and produce the most natural gas?

The largest consumer of natural gas in the U.S. is Texas. One of the main contributing factors is that Texas relies on natural gas to generate 52% of its electricity requirements. The sheer size of Texas alone in terms of population, commerce and industry, leads to some staggering natural gas consumption to power itself.

The next most significant consumer of natural gas is California. Still, it is essential to note that California uses close to 54% less natural gas than Texas.

The next in line is Louisiana. Even though Louisiana is much smaller than California, it uses close to the same amount of natural gas. One of the main reasons for their consumption is the Gulf Coast's role in producing and distributing oil and other fossil fuels to the rest of the country.

The fourth and fifth positions on the list of consumers are Pennsylvania and Florida, which are very comparable in their natural gas consumption rates.

Why are cities banning natural gas?

It's not just about how long it will last

When it comes to our use of energy sources, we must consider the length of time they will last and the side effects of these nonrenewable sources.

Natural gas has been marketed to us as a sort of compromise between renewable and nonrenewable sources of energy, but this isn't the case. Fracking and other dangerous extraction methods could lead us to severe implications that aren't worth the benefits of these outdated methods of fueling our world.

Thankfully, clean energy providers are now becoming the face of energy's future. Choosing sustainable energy providers allows us to continue living our lives without compromise while knowing that we are opting for the least harmful choice.

At Inspire, we are passionate about providing our customers with clean, sustainable energy. We're proud to empower our customers in our collective effort to protect the environment.

Not sure if renewable energy is right for you? Read some of our Inspire Clean Energy reviews to see how we've helped customers make the switch.