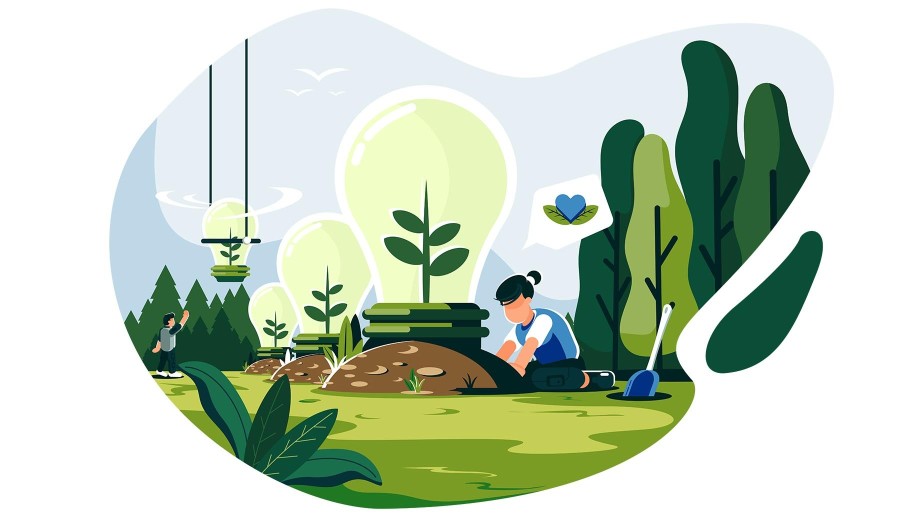 The Future of Renewable Energy & Resources

As the cost of renewable energy technologies continues to decline, renewable energy sources are being used more and more. But is there a strong future for renewable energy? Predictions by experts in the industry suggest that there is and, globally, the renewable energy market is projected to increase from $184.3 billion to $226.1 billion from 2020 to 2021, in just one year’s time.

Can renewable energy power the future?

Today, renewable energy technologies make up nearly 26% of the world’s total electricity and, according to the International Energy Agency (IEA), this is expected to increase to 30% by 2024. The IEA predicts that by 2024 the renewable electricity capacity of the world will have grown by 1,200 GW, which is the same capacity as the entirety of the United States.

According to expert research, it will be possible to achieve a totally sustainable energy system globally over the next 30 years — the hard part is encouraging countries to change their ways.

Why is renewable energy important for the future?

There are so many reasons why renewable energy is important for the future, especially when it comes to the detrimental effects that fossil fuels have on our planet. This includes air and water pollution, habitat and wildlife loss, and greenhouse gas emissions resulting in global warming, among others. Here are just a few reasons why renewable energy is so important:
- Reduces air pollution: Renewable energy can help improve people’s health worldwide by reducing air pollution. Air pollution is a major environmental issue, especially in urban areas and developing communities, and according to the World Health Organization, around 7 million people die prematurely each year as a result of breathing polluted air.
- Reduces floods and droughts: Using renewable energy can also help to reduce the risk of floods and droughts around the world. Copious amounts of water are needed to run the power plants that burn fossil fuels and this can lead to droughts in many countries with low rainfall, and climate change caused by the burning of fossil fuels causes increased rainfall in other countries, leading to severe flooding.
- Boosts local economies: The expansion of renewable energy technologies also helps to add jobs and funding into local economies. More and more jobs are being created in renewable energy everyday, and they’re only expected to become more secure as technology develops.
- Costs less in the long run: Clean energy sources are also now more attractive investment opportunities than fossil fuels. With the rise in popularity of renewable energy sources, such as solar energy and wind power, investment is low risk, even with high initial installation costs. After installation, they can essentially produce energy “for free” for decades.

A future powered by renewable resources will lead to a more sustainable environment across the world and benefit many local economies in ways that fossil fuels cannot. Our efforts to help local economies is an ongoing effort, but we can each contribute to a better tomorrow by making a lasting impact today. Inspire offers not just a clean energy experience but a clean energy movement to create a greener future. Visit Inspire to learn more about the benefits of renewable energy today.

How will we benefit from renewable energy in the future?

There are a number of different renewable energy sources, all with their own part to play in the future.

The popularity of solar energy is increasing rapidly, especially with falling installation prices. And it is likely to continue to grow in popularity with the cost of solar energy being predicted to decline by 15% by 2024. In fact, solar energy has become so accessible that the IEA predicts it will be responsible for 60% for renewable energy growth over the next few years.

Already, countries are expanding their solar energy resources, and it is thought that the US will double their total solar installations to 4 million by 2023.

According to the IEA, hydropower is the primary renewable energy source worldwide and is likely to remain so for at least the next 4 years. This is due to the fact that it is the most reliable of all the renewable energy sources because you can create power simply by controlling a water source. As long as you have water, you have hydroelectric power.

Geothermal power is becoming especially popular in the US as more and more homes and businesses are being built with, or switching to, geothermal heat pumps. As it continues to be viewed as a more efficient heating solution, it is thought that by 2024 this market will exceed $2 billion.

The Department of Energy even believes that geothermal power solutions will be responsible for 8.5% of the electricity generated within the United States by 2050.

Along with hydropower, solar energy and wind power are thought to be the best renewable energy sources to power our future world. They are the cleanest renewable resources and are suitable for residential areas, industrial areas, and the national grid.

Not only can they provide the world with infinite amounts of clean energy, but they can also help to contribute in a positive way to local economies. Wind power technology has already led to a massive increase in employment and helps to put money into local communities, with more jobs being created after every installation.

Solar energy can benefit anyone with space for PV-panels, and they are much less intrusive than wind turbines. And though initial installation costs can be particularly expensive, they should begin to decrease as solar becomes more widely used.

Can the world thrive on 100% renewable energy in the future?

It is possible for the world to thrive on 100% renewable energy in the future, but this won’t come without its challenges. Each country will need to go through its own transition period, which some will find it relatively easy and others more difficult. Still others may be reluctant to start the transition at all if their economy is heavily reliant on fossil fuels.

For example, a Finnish study found that countries like Saudi Arabia, dependent on oil, could work toward an energy system that is 100% renewable by 2040, but they may be reluctant to do so because they have made so much money from oil.

The future of the world can be unpredictable and it can be difficult to say whether surviving entirely off of renewable energy is possible. Still, we can contribute individually toward a better tomorrow for the world by switching our home’s electricity to clean energy. And when it comes to making the switch, Inspire makes it easy as your renewable energy company.

How efficient will renewable energy be in the future?

The efficiency of renewable energy is measured by how much energy can be produced in a given amount of time and how much it costs to produce this energy. Although all renewable energy technologies have high investment costs, the energy production costs are much lower than the costs of extracting fossil fuels.

With the constant development of renewable energy technologies, this efficiency will only continue to be improved upon, bringing us progressively closer to a bright future for renewable energy.

What are the advantages and disadvantages of renewable energy in the future?

What factors play a role in the future of renewable energy?

The main factors that determine the future of renewable energy are the environmental benefits and how much it will cost to transition.

So, what is in store for the future of renewable energy?

Projections show that renewable energy will continue to increase in popularity over the next 10 years, working to reduce the effects of climate change. This may take some time, but you can help in the fight against climate change right now with Inspire.

We make it possible for you to support 100% renewable energy. Not only can you feel great that you are doing your part to help the environment, but you also help to increase the demand for clean, renewable energy in the United States and get us that one step closer to a future powered entirely by renewable energy.

To learn more about our unlimited 100% clean energy subscription plan that will allow you to harness the power of renewable energy today, and significantly reduce your carbon footprint, visit Inspire today to learn how to switch to renewable energy.