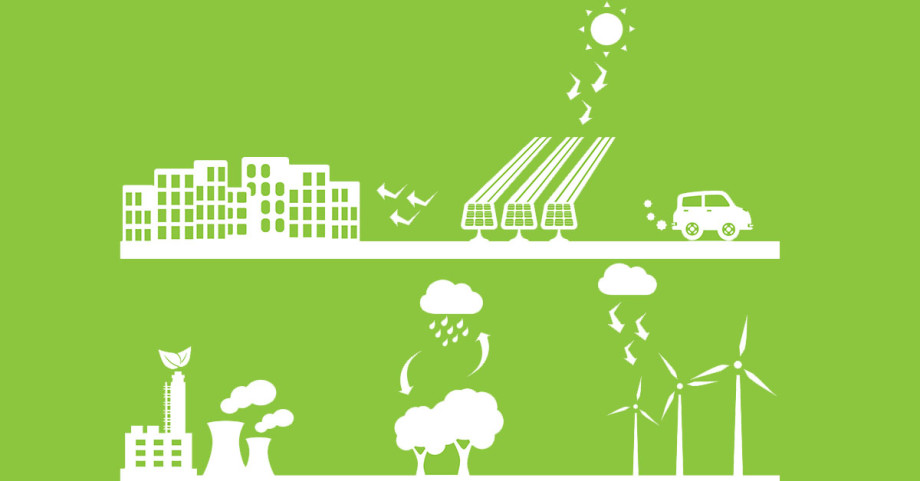 What are alternative energy sources?

Alternative energy refers to energy sources other than fossil fuels (such as coal, petroleum, and diesel) and includes all renewable and nuclear energy sources.

What is an advantage to alternative energy technology?

The major advantage of alternative energy technology is that it won’t run out. Our days using fossil fuels are numbered, and so any and all alternative energy sources are beneficial over traditional sources. Another huge advantage is that many of them do not require the same damaging and expensive extraction techniques, as much of it is available to us here on the surface.

If you have been thinking of lowering your reliance on fossil fuels, and are wondering how to get started, you can look into changing energy plans.

What are the different types of alternative energy?

There is a surprising number of forms of alternative energy, some well known, while others are relatively unheard of. They are:

What are examples of alternative energy?

Geothermal energy is that generated in the earth and harnessed, while wave and hydroelectric energy harness the power of water. Of course, solar thermal energy and space solar energy are other ways of harnessing solar energy.

Are there any companies that use renewable energy sources to provide electricity to homes?

Yes! Inspire is a clean energy company that provides clean and sustainable energy options like wind power to homes across the U.S. Since launching in 2014, we've helped avoid seven billion pounds of carbon from being emitted into the atmosphere.

We are dedicated to creating a transformative smart energy experience that’s best for our customers, our partners, our team, and of course, our planet.

Alternative fuels are often described as “green” or renewable energy, but this isn’t always the case. Alternative energy is a broader category that encompasses all non-fossil-fuel-based energy sources and processes, of which renewable energies are only a part.

What are the pros and cons of alternative energy?

This can depend on the specific source of energy, of which there are many, for example:

Each individual source of energy has its own set of pros and cons, as well as variables that should be taken into account, such as location, climate, financial benefits and, most importantly, the overall reduction of damage done to the environment.

Why do we use alternative sources of energy?

With electricity generation being the leading cause of industrial air pollution in the U.S., it’s clear why there is a push for alternative energy sources. As technology advances, we can now make an abundant energy supply with little to no impact on the environment. Alternative sources of energy also provide more pricing stability since they do not entail fuel costs or transportation5. Alternative energy sources can also reduce CO₂ emissions. CO₂ emissions pose an environmental threat that may cause droughts, heat waves, coastal flooding, severe storms, and more.

Some of the most commonly used renewable power sources include6:

How do you use alternative energy sources?

With alternative energy sources trending, you may be starting to wonder how you access alternative energy? Do you have to install your own solar system? Do you have to install a wind turbine? While you could install your own renewable energy on-site, you don’t necessarily have to. We can provide access to renewable energy sources. Simply visit Inspire Clean Energy and enter your ZIP code to check availability.

Installing solar panels is a trending way to power your home with renewable energy. With enough solar panels, you may even be able to power nearby homes. As demand for solar has increased, prices have decreased. In addition, there are tax incentives for installing solar panels. While you may replace your electricity bill with a solar payment, should you choose to finance the solar system, over time, a solar system can pay for itself. In the U.S., the average cost to install a solar system is around $12,000, after federal tax incentives. If you are considering installing solar panels, you should receive an estimate to determine if it’s in your budget or not. Most companies will provide a complimentary estimate. You may want to compare the cost of subscribing to a service such as Inspire. You may not have to put up the investment and time to access renewable energy7.

Why is nuclear energy not a renewable source of energy?

What is the most used alternative energy source?

Offshore, distributed, and utility-scale wind are three different types of wind power. Offshore wind power is more complicated to build and more expensive than nuclear power. Offshore wind turbines need to be near bodies of water. In the U.S., wind energy provides 88,000 jobs and counting. Wind turbines are often built on the same land that is used for farming. While they may be expensive to make, they do not require fuel to operate11.

The downside is that wind is often intermittent. In addition, turbines can be noisy. While they are best in rural areas, it can be challenging to transport wind turbines. As technology continues to advance and the use of wind turbines increases, we can hopefully learn to overcome some of the challenges associated with wind energy.

What is the cheapest alternative energy source?

In 2019, according to IRENA Renewable Power Generation Costs, solar and wind were reported to be the cheapest energy sources. In 2019, wind turbine energy costs had an average of $0.053 per kWh12, while the price of photovoltaic solar was $0.068 per kWh13.

While you may pay an electricity bill every month, you may have no idea what your actual cost per kWh is. For an exact comparison, you can reference your utility bill to see what energy rates are in your area. For comparison purposes, electricity usually costs about $0.05 to $0.17 per kWh. IRENA predicts that we could see solar and wind electricity available for as low as $0.03 per kWh within the next few years14.

With solar booming, we may run into a problem down the road when a large handful of homes need solar replacement. Solar panels are difficult to recycle, which could cause delays in replacing solar systems. The government and third-party companies are investing research and planning into developing solar systems. Eventually, they will need to place a strong focus on how to recycle solar panels.

Which alternative energy is growing the fastest?

At the top of the list, hydropower, solar power, and wind energy are growing quickly. Hydropower might not be the first renewable energy source that comes to mind, but it’s widely used and deserves recognition. Wind energy has surpassed hydropower in recent years, but some still believe hydropower is the most used and fastest-growing renewable energy source. Dams supply much of the water that is released and delivered to the turbine to generate power. Natural running rivers or tides can also provide water for hydropower. One benefit of hydropower is that it can provide backup energy with short notice since it can be generated quickly. China gets about 15% of its energy from hydropower, making it the largest hydroelectric user globally15.

In addition to hydropower, solar power, and wind energy, we should also mention bio-power and geothermal. Bio-power is a fast-growing renewable energy source that uses agricultural by-products and modern biomass to create energy. Geothermal energy is produced mainly in Iceland, producing nearly 26.5% of the country’s electricity. In addition, it also makes 87% of Iceland’s housing and building needs by utilizing natural hot water sources underground.

Because the phrase “alternative energy” is a blanket term that takes into account more than 10 different sources, this is dependent on the specific energy source.

Wind is one example of a cost-effective alternative source of energy. Because wind turbines are relatively cheap to build and require little maintenance, energy suppliers can offer lower prices as their outgoings are less.

Besides wind farms, the top cheapest alternative energy source is solar. As mentioned before, the sun will always shine. Of course, some days will have longer periods of sun, and some countries will have this more often.

So, how can you get these benefits? That’s what we do – we help people change energy plans. When you sign up, we’ll purchase Renewable Energy Certificates (a way to track energy generated from renewable sources) on your behalf and let your energy provider know you’ve made the switch.

Why should we switch to alternative energy sources?

Our reliance on fossil fuels has been the main cause of damage to the environment so far, and ongoing damage from this use can be brought to a halt if we switch to renewable energy sources such as wind, solar, and hydropower.

Simply put, if we take advantage of the fact that there will always be sun, water and wind, and we harness their power for our electricity, we can decrease the planet’s pollution levels year-after-year. So, while the term “alternative energy sources” technically includes some sources that aren’t green, switching to more sustainable sources of energy will seriously help improve the environment.

Are you ready to access clean energy and help create a greener future? Look into changing energy plans today and join Inspire! We're a renewable energy company passionate about empowering our customers to do the right thing for the environment, themselves, and their families. We want to make it easy and affordable to choose clean energy.