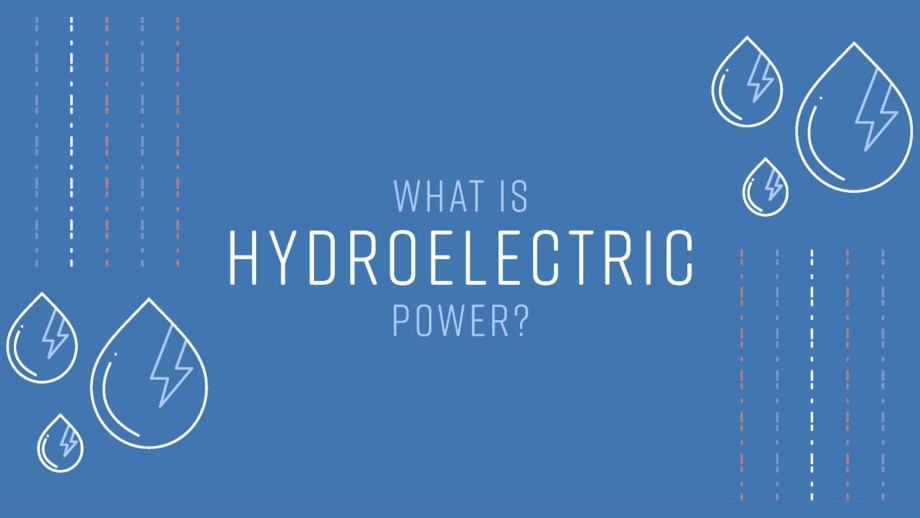 Learn how hydroelectric power is created and how it benefits us.

For thousands of years, people have harnessed the energy contained in running water and used it to perform useful work. For example, water wheels and water mills for processing grain were widely used over 2,000 years ago in ancient Greece. They were also used during the Han Dynasty in China and in Imperial Rome.

What is hydroelectric power?

Hydroelectric energy is a form of energy that utilizes the power of flowing water to generate electricity. It is one of the oldest methods of harnessing energy as well as one of the cleanest and most renewable.

Hydroelectricity has many benefits, including the following:

It’s important to note that while there are many advantages to the use of hydroelectricity, there are a few disadvantages:

Major innovations began in the mid-18th century, during the early days of the Industrial Revolution.

In 1878, the very first hydroelectric power setup was used to power a single arc lamp. By 1881, Shoelkopf Power Station Number One near Niagara Falls had begun to produce electricity on a mass scale. Throughout the 20th and early 21st centuries, continuing technological improvements have helped establish hydroelectric power as a core element of an ongoing movement toward renewable energy solutions.

How does hydroelectric power work?

Hydroelectric power is harnessed through the use of flowing water, which spins turbines. These turbines then turn a shaft that is connected to an electric generator, which is where we get our energy from. Hydroelectric dams direct the water downward through the turbine, and as the water gains speed, this energy enables the maximum production of energy.

How does a hydroelectric power plant work?

Hydroelectric power plants are an important source of electricity in the United States.

Most hydroelectric power plants feature a reservoir, a gate that is designed to control how much water leaves the reservoir and an area where the water finally flows downward.

Hydropower is created when a flow of water is forced through a hydraulic circuit, or a draft, connecting two points at different heights. Here, the water gains speed as potential energy is partially converted into kinetic energy. This kinetic energy is then transformed into mechanical energy, and finally electricity.

Hydroelectric power plants are an important source of electricity in the United States. Today’s water power plants come in many sizes, from the massive Hoover Dam to small - scale projects that harness water flows in drainage ditches or irrigation facilities.

In a hydroelectric plant, natural water flows provide a source of energy that can be converted into electricity. Drought conditions notwithstanding, where water flows continuously, hydropower is a renewable resource. There are a few different types of hydropower facilities, all of which are based on the kinetic energy of moving water:

When local demand for electricity is low, pumping from lower to higher stores energy. When demand is increased, water is released back into the lower reservoir, where its motion powers a turbine that generates electricity. Like a battery, pumped storage allows unused energy to be utilized at a later time.

Hydroelectric power is a source of renewable energy. As a way of generating electricity, hydropower has several key advantages that contribute to its widespread usage:

58 power plants throughout the Western United States produce an average of 42 billion kilowatt- hours each year, which is enough to meet the residential needs of almost 15 million people. To put that into context, this would be the electrical energy equivalent of around 72 million barrels of oil.

As well as being a sustainable energy source, hydroelectric power is also a cost- effective one. Because home hydropower is so reliable, clean, and affordable, it’s one of the energy sources we purchase for our customers.

Not only does this allow our customers to harness clean energy for their home, but it allows us to offer energy at a fixed price. If you’d like to find out more about how you can use hydroelectric power and other renewable energy sources by switching to clean energy, click here.

What is hydroelectric power used for?

Before the discovery of steam power and electricity, hydroelectricity was responsible for powering grain and lumber mills. Today, it is used for several purposes, including the powering of homes and larger buildings. It also serves as an excellent back-up option when other energy sources deplete or fail. It is often relied on in power shortages and other disruptions.

Is hydroelectric power good or bad?

Of course, no energy source is entirely flawless, but hydropower is extremely close. Overall, there seem to be more advantages to hydroelectric power than disadvantages.

Hydroelectric power is renewable as it comes from a resource that will never deplete.

Hydropower dams leave the wildlife in surrounding areas relatively unharmed and do not require a huge amount of maintenance.

Similarly to wind energy and solar power, hydroelectricity is a very safe option when it comes to the choices we make for our planet. It’s also a much more efficient way of harnessing energy than coal power, for example, which is only about 33-40% efficient.

Despite its many advantages, hydroelectric power is not without its drawbacks. One of the foremost concerns is that these facilities disturb natural water flows, and may disrupt local riparian ecosystems. In areas prone to drought, the ability to use hydropower facilities can be diminished when the water supply is low. Despite being an ultimately renewable resource, most of the suitable existing reservoirs for hydropower are already in use, meaning that it may become difficult, (and not environmentally prudent,) to construct new hydroelectric plants in the future.

The future of hydroelectric power and alternatives

There is no doubt that the future of energy lies in renewable sources, for many reasons. Renewable energy sources provide the planet with a better chance of sustaining itself over longer periods of time. Using renewable energy sources ensures that in centuries to come, the damage done to the ozone layer will have been slowed down and global warming will not be such an urgent issue.

We all need to do our part to protect the environment by choosing and increasing the demand for green energy. When you join us, you do just that. We’ll supply your life with green renewable energy that doesn’t damage the planet.