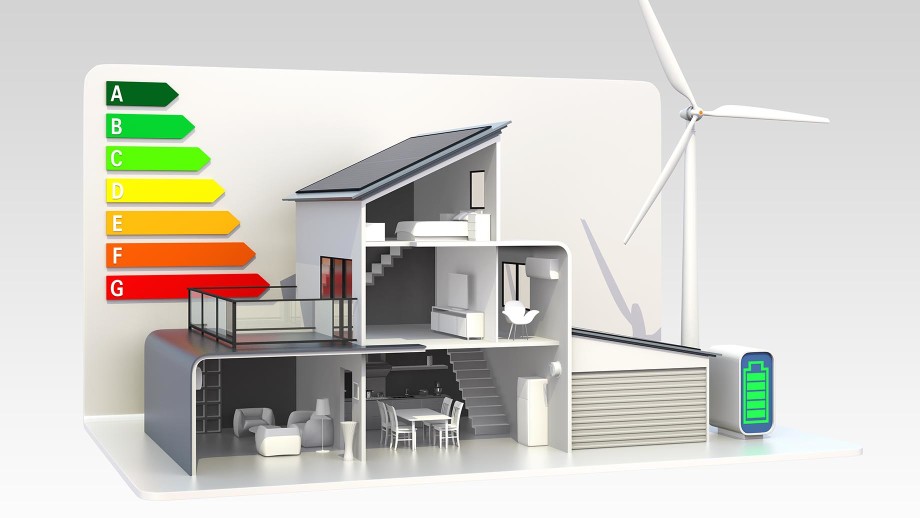 When it comes to powering the world we live in, there are countless ways to generate energy: some are simple to generate but damage the environment while others are easy to generate but expensive to maintain. When we’re dealing with renewable energy sources, the main goals are to offset the release of CO2, save money, and supply energy efficiently.

It’s easy to assume that because they’re better for the environment, renewable sources of energy are also more efficient, but that may not always be the case. Here, we’ll explore some of the many renewable energy sources and how efficient they are.

What is the efficiency of renewable energy?

When it comes to energy efficiency, renewable energy is generally more efficient than non-renewable energy. The energy we get from wind, the sun, and hydro turbines can be reused without relying on an exhaustible or finite element.

We then have to factor in the product after the electricity has been produced. Non-renewable energy sources result in the waste of coal or natural gas. This requires additional energy and environmental mitigation. For this reason, the efficiency of usable energy for the least efficient source of energy — coal — comes in at a meager 29% of its original energy value. Wind, on the other hand, provides an impressive 1,164% of its original input of energy!

Scientists and environmentalists are hopeful that more environmentally friendly energy options will continue to be developed. The hope is that in time we will not need to rely on fossil fuels.

What type of renewable energy is the most efficient?

It is generally believed that wind is the most efficient way to harness renewable energy. Because windmills can be placed in open areas also used for farming, they offer flexibility. Generally, rows of wind turbines are constructed along coastal areas where nothing can hinder the flow of wind. It is estimated that this industry could make up as much as 35% of US electrical production in 20 years’ time.

As well as being able to physically fit the infrastructure into areas on land and sea, wind energy is drought-proof. The manufacturing and distribution of wind turbine parts have no relationship with water itself, and, once built, wind turbines do not require any fuel to function. In drought-prone or low-income areas, this is vital as a row of wind turbines could make the difference between free, sustainable energy and expensive, non-renewable energy.

When it comes to the top five most efficient energy sources available, geothermal energy, hydroelectricity, nuclear, and solar power come after wind power.

What is the least-efficient renewable energy source?

The least efficient renewable energy source is solar thermal energy. This is different from the solar power we normally think of that converts the sun’s rays into energy. Solar thermal energy uses the sun’s heat to create steam, which then turns a turbine to generate electricity. It requires the use of water (in the form of steam), so is much less efficient than other forms of renewable energy.

This depends on the specific energy source we look at, and when and where in the world it is being used. For example, solar power can be extremely efficient in certain parts of the US, particularly the areas that are exposed to long daylight hours with intense heat levels. As you’d expect, solar panels are also at their most effective during the summer months. But in countries such as Norway and Iceland, which may experience as few as two daily hours of daylight during certain times of the year, solar panels may not be the most efficient energy source.

And when it comes to countries that are landlocked, they do not have the option of setting up offshore wind turbines, and certain countries are not yet developed enough to afford solar panels and geothermal energy plants.

On the whole, though, renewable energy is far more efficient due to the simple fact that it doesn’t have to be extracted from the earth and transported elsewhere for use. We all know that much of the world has relied on the Middle East for oil for decades, and that oil has to be transported (hence why we experience oil spills that damage entire ecosystems). Clearly, that is much less efficient way of creating energy than solar panels.

How do we measure how efficient renewable energy is?

Energy efficiency is a multi-faceted concept, and there are many elements that can impact the efficiency of each energy source. When measuring energy efficiency, we must look at the amount of energy that can be translated into electricity and how much environmental clearing is needed.

This process is measured as LEC – Levelized Energy Cost. LEC is the total amount of energy needed to build, manufacture, and run an energy plant. The LEC is a figure that factors in how much money will be returned to the manufacturer, material suppliers, and investors as much as fuel costs and projected utilization.

There are many promising sources of energy that may not have reached the mainstream yet. One of these is space-based solar farms, a concept first proposed in 1968 by an aerospace engineer named Peter Glaser. The selling point of this process is that, for the most part, sunlight in space is uninterrupted. The solar technology we use today is entirely reliant on weather conditions, and we can only harness solar power during daylight hours.

Space-based solar farms would eliminate these issues due to the absence of night-time blackouts and wet weather. In addition, the sunlight outside the Earth’s atmosphere is said to be around 30% more intense than the sunlight on the Earth’s surface.

Since its inception, the idea of space-based solar farms has been discussed heavily among scientists and renewable energy engineers, but it hasn’t yet come to fruition due to complications with the process of returning the energy back to the Earth. These issues are currently being assessed, and it has been reported that space energy may be viable within the next 30 years.

Another promising energy source that has not yet become commercially available is human energy; in other words, the kinetic energy and heat produced through the movement of human bodies. There’s also core geothermal energy, which is energy directly derived from the Earth’s core, and quantum dot solar cell technology.

For now, though, one of the most efficient, Earth-friendly, and sustainable sources of energy is wind power. It helps to offset CO2 emissions equalling nearly 42 million cars' worth in 2019 alone. It avoids the release of greenhouse gases and fossil fuels, helping to contribute to better respiratory health and reduction in cases of asthma. It also powers job growth, with more than 530 factories across the US building wind turbine-related parts. Wind farms also leave surrounding ecosystems almost entirely untouched, causing minimal damage to wildlife and land. In short, wind energy offers the most economical, environmental, and logistical benefits of any energy source. Look to Inspire to learn more about the benefits of renewable energy.

How can we achieve greater energy efficiency?

It can be frustrating and disheartening to read about the damage done by non-renewable energy sources every day. Thankfully, there are many ways we can achieve greater energy efficiency while also saving money, combating climate change, and striving for cleaner air. We can achieve this in the following ways:

Of course, some of the ways we can strive to achieve greater energy efficiency are dependent on the actions of large businesses, corporations, and governments. But by making small changes to the way we live, we can help create a more energy-efficient future.

One of the easiest and cheapest ways to ensure that we as individuals make the most of wind power is by switching to a company that allows us to choose clean energy sources. Inspire is a renewable energy company that champions the use of clean, sustainable, and affordable energy. We want to help you bring this country’s greenhouse gas emissions as close to zero as possible. We’re determined to increase access to clean energy while creating a greener, safer future for our planet.

If you’d like to learn more about how to switch to renewable energy, visit Inspire today.