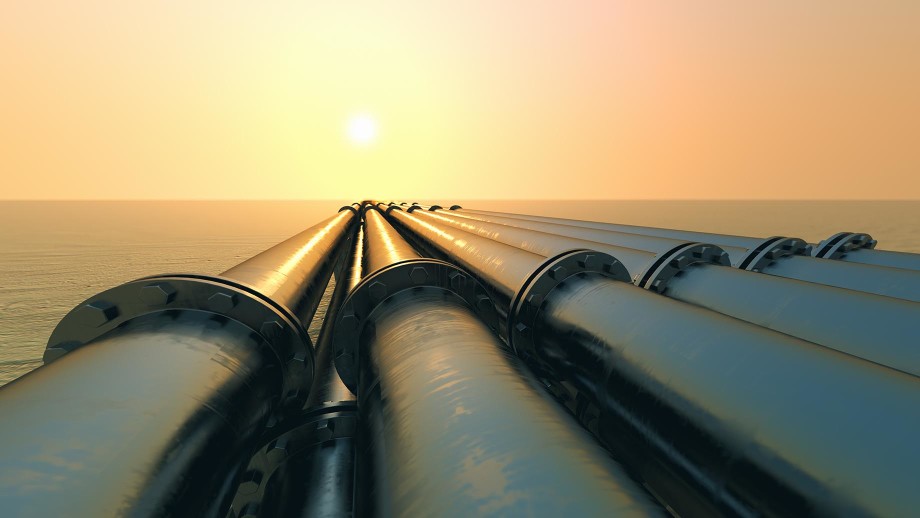 Is natural gas a nonrenewable or renewable energy source?

We hear a lot about natural gas being a “clean” fossil fuel, but we don’t often understand what that means and it leads to a lot of confusion. Natural gas is created deep underground as dead organisms and plant matter break down. We can use this gas for fuel, as it is highly flammable.

So, is natural gas “clean?” Is it renewable, or not? Read on to have all your questions answered.

Natural gas is the gas produced when ancient dead organisms trapped under layers of sediment break down. Its main component is methane, but it also contains carbon dioxide and water vapor, as well as traces of other gases.

Is natural gas renewable or nonrenewable?

Whether natural gas is seen to be renewable or nonrenewable depends on where it has been extracted from or how it is made. The natural gas we tend to think of, taken from deep under the Earth’s surface, is nonrenewable, however, there are renewable sources of natural gas.

Abiogenic methane is a nonrenewable form of natural gas, found within hydrogen-rich deposits present since the Earth was formed 4.5 billion years ago.

Thermogenic methane is created over millions of years, at extremely high temperatures, so this type of natural gas is also nonrenewable.

Biogenic methane, on the other hand, can be seen as a renewable form of natural gas as it is created by landfills, cattle, and organic matter. Anaerobic bacteria (bacteria that does not grow when oxygen is present) break down this waste and organic material and in turn release methane.

Although the creation of this biogenic methane is through renewable processes, it cannot be viewed as a renewable energy source as these processes also contribute to global warming. Conversely, the nonrenewable forms of natural gas are less damaging to the environment than other fossil fuels, but harmful activities are required to extract this type of natural gas and it will run out, sooner rather than later.

What is the difference between renewable and nonrenewable resources?

A renewable resource can be replenished quickly, if not instantly, such as solar energy and wind energy.

A nonrenewable resource cannot be replenished quickly, such as fossil fuels, often taking thousands if not millions of years to replenish.

Why is natural gas not renewable?

Natural gas is not a true renewable resource as not all of its components are sustainable. The natural gas that is extracted from deep underground is not renewable as it will take millions of years to be replenished.

There is such a thing as renewable natural gas (RNG) however, as mentioned above, although this is only created through human practices, some of which are potentially damaging to the environment.

No, natural gas is not a renewable physical resource.

How much is natural gas per gallon?

The price of natural gas is determined by two factors: the cost of the gas itself, and distribution costs.

This price will vary regularly depending on the market, i.e., how much demand there is for natural gas at any one time.

The main factors affecting the costs of natural gas are:

According to the Energy Information Administration (EIA), the average cost of natural gas in 2019 ranged from $7.00 up to $15.00 or more per thousand cubic feet1.

Is renewable natural gas the future?

Renewable natural gas (RNG), or biogenic methane, can be seen to be a more sustainable substitute to traditional natural gas, extracted from within the Earth.

RNG can be processed just like nonrenewable natural gas, so there would be no need to modify existing pipelines or infrastructure, reducing damage to habitats and the environment that might otherwise occur.

Being able to harness the methane that is given off by landfills, cattle, and organic waste would mean that there would be less methane escaping into the atmosphere, protecting the ozone layer and reducing the effects of global warming.

Utilizing another renewable energy source would also help to shift toward a green energy market, a step that is greatly needed to reduce the use of fossil fuels and protect the environment for the future.

Why is natural gas bad?

Nonrenewable natural gas, although a good energy source, has many bad points that support this need for change.

Not only is a considerable amount of damage inflicted on the environment when natural gas wells are created, this drilling and the subsequent transmission through pipelines often leads to a substantial amount of methane being lost into the atmosphere through leakage.

Is natural gas running out?

The pulp and paper, metals, chemicals, petroleum refining, stone, clay and glass, plastic, and food processing industries in particular are responsible for a large proportion of natural gas usage in the U.S., so it is more and more important for changes to be made within the industry to help protect the planet for future generations. These businesses account for over 84 percent of all industrial natural gas use3.

Can we make natural gas?

As discussed above, natural gas can be made using landfills and cattle farms, however, that doesn’t necessarily mean that it is a viable option going forward.

Yes, it is better than extracting what is left of the nonrenewable natural gas, but it is unlikely that there would be no loss of methane through leakage or ineffective collection of the biogenic methane.

We should also be doing all we can to reduce waste and landfill rather than adding to them, especially when there are so many renewable energy source alternatives, many of which are 100% clean.

How much natural gas is left?

A natural gas reservoir is a place under the surface of the Earth where large volumes of natural gas are held, created over millions of years. A proved reserve is a volume of natural gas that can be extracted with our current knowledge and technologies.

Although there is a considerable amount of natural gas left in these reservoirs that does not necessarily mean that it will ever be able to be extracted and so is unable to be used as a resource.

With that said, according to the EIA4, proved reserves have increased in the U.S. fairly steadily since the year 2000 as technologies have developed. They show that, on December 31st 2019, total reserves in the U.S., including natural gas liquids, added up to around 494.9 trillion cubic feet.

In 2020, according to the EIA, natural gas prices in the U.S. were lower than they have been in decades as a result of both mild weather and the effects of COVID-19.

As COVID-19 negatively affected the economy, the use of natural gas decreased and therefore suppliers reduced the processing of natural gas. This lower demand throughout 2020 caused much lower natural gas prices.

How dangerous is natural gas?

Although safer and cleaner than other fossil fuels, natural gas still imposes dangers.

The most prevalent danger is the risk of explosion. Natural gas is rarely ever transported besides through pipelines due to its explosive nature.

What are the disadvantages of using natural gas?

We’ve already mentioned why natural gas can be considered bad, but let’s take a look at some other disadvantages of using natural gas:

Is natural gas liquid or gas?

Natural gas can be cooled at around -260˚F to create a liquid known as liquefied natural gas (LNG).

This liquefication process reduces the volume of natural gas and makes it much safer to use. This allows natural gas to be stored and shipped, without an explosion risk, and enables its use as a fuel for transportation.

How long will natural gas last?

It was estimated that in 2017, there was around 6,923 trillion cubic feet worth of natural gas in the world. This is predicted to last for around 52 years until it has been totally depleted, however, that doesn’t mean use should continue right up until this point.

This shows how important it is that we look toward alternative energy sources that are both clean and renewable. At Inspire we are working to change the energy market for good by providing our members with access to 100% renewable energy at a fixed price to make both you and the environment happy. If you’d like to find out more, click here.

What are 5 renewable resources?

The 5 main renewable resources are:

How can a renewable resource run out?

Renewable resources cannot run out. They are replenished so rapidly or are so abundant that they are effectively finite, except for biomass.

Biomass is seen as a renewable resource but whatever is used must be actively replaced through human intervention, such as planting trees and crops, to ensure that it is a continuous resource.

What can replace natural gas?

Any of these renewable resources mentioned above can replace natural gas, even if that means that more research and technological development needs to occur before they can be as efficient.

Fossil fuels are used so readily because of their ease of use and efficiency, but this is also what has led to such dramatic effects from climate change and habitat destruction. Looking toward replacing these harmful fuels with clean, renewable alternatives is the leap we need toward creating a better, healthier planet to live on.

If you are looking to make a real change with minimal effort, make the switch to Inspire today. We will provide you with access to 100% clean, renewable energy, such as solar or wind energy, for a fixed monthly price. That means no nasty surprises and you can feel happy knowing that you are doing your part to help protect the planet.