Why Is It So Hot? 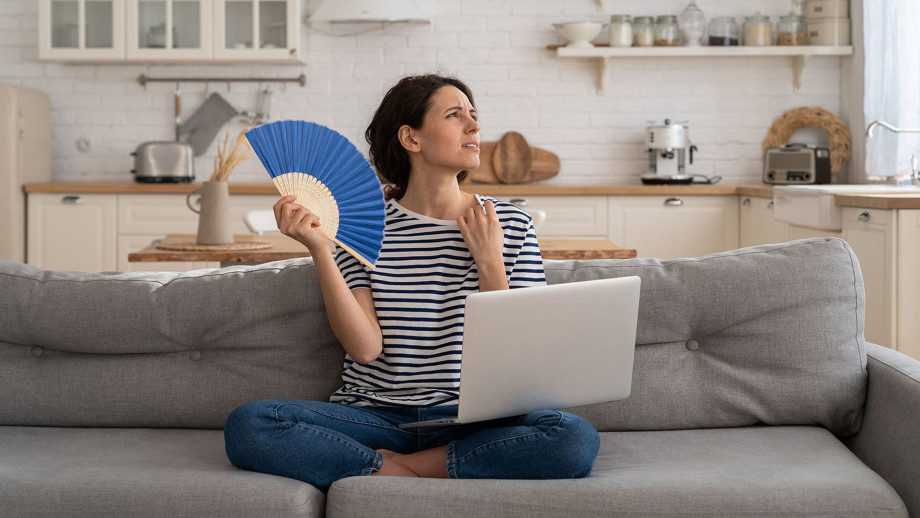 Chances are you’ve noticed that it feels hotter than usual. 2020 was one of the hottest years on record, and 2021 is on track to rank in the top 10. But why is it so hot? When will the heat wave end? What causes a heat wave? To get some answers, we’re exploring why it's been so hot in recent years.

Many regions of the U.S. will experience much warmer temperatures than average throughout the summer months of 2021. A few regions, including the Midwest and the Pacific Northwest, will experience a much higher probability of record temperatures and heat waves. Other regions bound for higher temps? The Atlantic Corridor, the Eastern Great Lake States, Coastal California and Alaska.

Although much of the country will be experiencing hot weather, a few regions will still be at average or below-average temperatures throughout the summer of 2021. Those regions include the Northeast, the Ohio Valley and the Gulf Coast. It comes as a surprise as many of these regions experienced crippling drought and prolonged heat waves in the summer of 2020, giving them a little bit of relief to help recover from last year's higher-than-average temperatures1.

The National Oceanic and Atmospheric Administration (NOAA) data indicates that June 2021 was the fifth warmest on record, and the global surface temperature was roughly 1.5 degrees Fahrenheit above the 20th century average of 59.9 degrees Fahrenheit.2

Although there are still seasonal and regional fluctuations in temperatures and drought conditions, the overall trend seems to be there's a rise in global surface temperatures that make our earth hotter than usual.

Will 2021 be the hottest year on record?

2021 is predicted to rank among the 10 warmest years on record according to The National Centers for Environmental Information (NCEI) annual temperature outlook. It will likely end up as the sixth or seventh warmest year on record.3

Greenhouse gas emissions (notably carbon dioxide and methane) were the leading cause of increasing temperatures in 2020.4

What is considered a heat wave condition?

A less scientific source may put it at a period of two or more days. Either way, when a high-pressure system moves into a region and brings unusually higher temperatures for multiple days, the effects of this begin to be felt by everyone. When those effects are made apparent, people may start to call it a heat wave.

What is causing heat waves?

Extremely hot and stagnant air masses most likely cause heat waves. These hot and stuffy air masses are primarily caused by a high-pressure surface system that moves into an area and lingers. The addition of higher dew points, slow wind speeds and clear skies increases solar energy. When solar energy is high, the human body may begin to feel uncomfortably overheated when exposed to outdoor weather, even for short periods.

If that is what heat waves are by definition, it is essential to note that the causes of heat waves are subject to debate. Although heat waves have existed for much of recorded history, scientific evidence points to a rapid increase in their frequency, duration and intensity.

Generally speaking, yes. The Environmental Protection Agency (EPA) has documented that the frequency of heat wave occurrences in 50 of the largest metropolitan areas in the U.S. has grown from two times per year in the 1960s to six times per year in the most recent decade. That is a 300% increase over a little more than half a century.

The EPA found that the number of occurrences has increased. Still, when they occur, they last longer and can happen even outside of the expected heat wave summer months, which means that citizens can be caught off guard with a heat wave in the spring or fall months and be underprepared to deal with the effects the heat wave induces6.

The same studies used by the EPA to measure heat wave occurrence, frequency and duration also found that heat waves have gradually become more intense. There has been a documented 0.5-degree Fahrenheit increase in the average temperatures of heat waves across all 50 metropolitan areas during the same approximate half-century period.

What are the effects of a heat wave?

When extreme temperatures are combined with high humidity and stagnant air, it can reduce the human body's ability to cool down. Heat exhaustion, heatstroke and even heat-related deaths can be attributed to heat waves that commonly occur in the Northern Hemisphere's summer months. The elderly, people with pre-existing conditions and small children can be more susceptible to the adverse health effects that heat waves can induce. We are often reminded to check in on our neighbors, elderly family members and most vulnerable populations to ensure people are adequately cared for and are doing their best to stay cool during heat waves. This is especially true for regions like the Pacific Northwest, or in lower-income large urban communities, where people may not have air conditioning units in their homes.

Aside from the effects heat waves have on human health, the more significant impacts on the global economy, agricultural production and our energy consumption can have trickled-down effects on our everyday lives.

When heat waves strike, there can also be an increased chance of drought-like conditions. Drought-like conditions can decrease agricultural production and improve global food scarcity. The higher energy consumption can further exacerbate the situation, as more people are running their AC units to stay cool, rolling blackouts and power failures can occur in many world regions. This increased demand on the energy grid produces power failures in both wealthy and developing nations. A severe consequence of a power loss is that the general public is then denied access to AC and a way to quickly cool themselves enough not to induce any health-related effects of prolonged heat exposure.

Essentially, the effects of heat waves on humanity can be seen in almost every aspect of our lives, from large impacts on the economy to smaller impacts on the inability of workers to stay productive when extreme temperatures make outdoor working unsafe.

Why can heat waves be dangerous?

When the human body is exposed to extreme temperatures for a prolonged period, along with heatstroke and dehydration, extreme heat can even cause deaths from blood clots, heart attacks and other complications vulnerable individuals may encounter.

The World Health Organization recommends taking the following actions to ensure you are not exposed to the health risks a heat wave may present7:

Following these basic steps can be some of the most important ways you can prevent any negative health consequences associated with heat exposure. If you cannot always abide by these steps, then make sure you are staying properly hydrated and finding time in the shade whenever possible.

Who is most affected by heat waves?

Populations most severely affected by heat waves are the elderly, young children, people with pre-existing medical conditions and low-income areas.

How long can a heat wave last?

Heat waves can exist for just a few days to even a few weeks or months. The longer the heat wave, the more devastating the effects. Though the globe is currently seeing a rise in the increase of the number of heat waves and their intensity, the longest heat wave in the U.S. occurred in 1937. The city of Yuma, Arizona recorded 101 days with temperatures reaching 100-degrees Fahrenheit or greater. Many of the heat waves of the 1930s in the U.S. created the conditions to induce the "dust bowl." The dust bowl was a prolonged drought that significantly increased food scarcity in many regions of the U.S. during the great depression8.

Does global warming cause heat waves?

There is some debate about the effects of global warming and its connection to heat waves. However, a large portion of the scientific community agrees that the burning of fossil fuels is directly leading to the greenhouse effect. In turn, the greenhouse effect then leads to an increase in the Earth's surface temperature and may be contributing to the rise in heat wave frequency that the planet has been experiencing.

Human activity causes harm to our environment every day. Heat waves are just one of the many results of human activity. As a contributing member of society, we encourage you to reduce your carbon footprint. Switching to an energy provider that offers clean energy, like Inspire, can help to do so. We are leading the clean energy movement putting the power in your hands with an energy experience that allows you to avoid carbon emissions and help accelerate the world’s transition to a net-zero future.

To get started, visit our homepage and enter your address and/or ZIP Code. Discover the beginning of consistent and predictable monthly energy bills when you become an Inspire member.