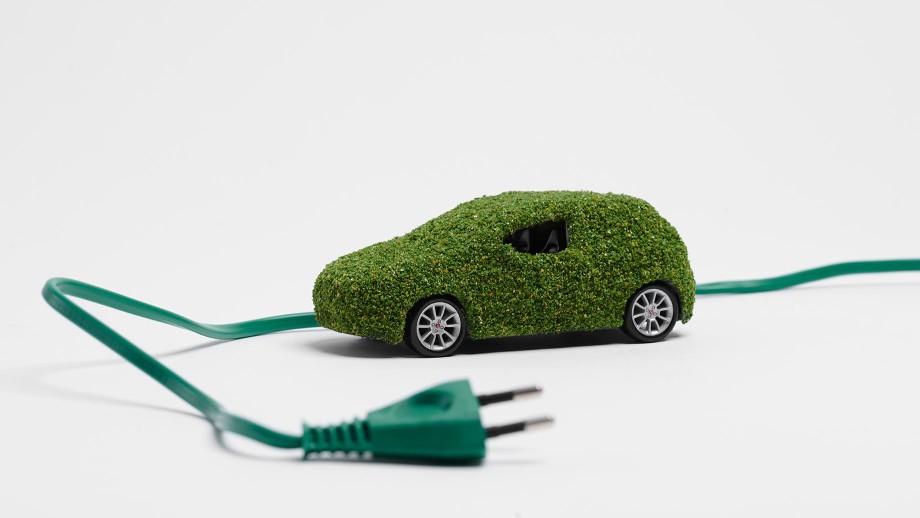 The world is changing every day. And with an increased collective awareness of the damaging effects of fossil fuels, many people are seeking alternative energy sources to reduce that damage. Lots of countries now look at wind energy, solar power, geothermal energy, and tidal energy as being the future of our energy resources.
As of right now, we are overdependent on energy sources that will run out one day. Fossil fuels power our homes, offices, schools, prisons, public buildings, and manufacturing plants. These energy sources offer a reliable and affordable way to power these industries, but they release harmful CO2 emissions into the atmosphere every day. We are hopeful that, someday, renewable energy will replace fossil fuels entirely so that we can slow down and reverse the damage done to the planet. The benefits of renewable energy provide great solutions to combat the harmful effects of fossil fuels, but we need to look deeper into why this needs to take place.

Fossil fuels are the biggest driver behind the climate crisis, and transitioning to a more sustainable system is necessary to fight climate change. Not only this, but it is also necessary if we are to meet the increasing demand for cheap and accessible energy. This must be done before we run out of fossil fuels or we will face a world that cannot provide energy to all its inhabitants. As it is, over a billion people worldwide lack access to electricity. Perpetuating our collective reliance on fossil fuels will not change this; it will make it worse. We must ensure renewable energy replaces fossil fuels and carry out a healthier, more accessible long-term plan.

Renewable energy is certainly more sustainable than fossil fuels, as there is a finite amount of fossil fuels in the earth’s crust. Fossil fuels are made from ancient biological matter that has been contained in a pressurized environment for hundreds of thousands of years. This is not a process we can recreate quickly. Which means we will run out, and soon. Estimates say we will run through the remaining fossil fuels in between 50 and 150 years.

Renewable energy sources like wind energy, solar power, and geothermal energy rely only on constant and consistent resources. For example, the wind will always blow, the sun will always shine, and the earth will always produce heat. Once built, wind farms rely solely on the wind to continue blowing in order to harvest energy. Once installed, solar panels continue to work for decades, creating energy from the sun’s rays.
Fossil fuels on the other hand continue to cause irreparable damage to the ozone layer, and while we can never undo this damage, it is possible to bring this damaging process to a halt.

What are the viable alternatives to fossil fuels?

While prone to risks of its own, nuclear energy is among the most abundant sources of alternative energy. It produces more than 55% of the nation's emission-free electricity. It offsets hundreds of millions of metric tons of carbon emissions every year and offers a consistent, reliable energy source. Nuclear plants run 24/7, operating at full power almost 100% of the time. The drawbacks of nuclear energy include high operating costs, the danger of a meltdown, and the transportation, storage, and disposal of the toxic by-products.

Another viable alternative to fossil fuels is hydro power, which is generated from the natural energy of water flow. This method of harnessing energy was one of the earliest but went into decline with the rise of fossil fuels. Now, it’s coming back. Hydroelectricity is a clean energy source, contributes to flood control and irrigation techniques, and can be used anywhere there is a natural flow of water.

Biomass energy is another viable source of energy that causes significantly less damage to the environment than fossil fuels. Energy crops are grown for this specific purpose, and the most common biomass materials come from wood, animals, and plants. Biomass can be burned to create heat (known as thermal conversion), converted directly into electricity, or processed into biofuel. This energy source is cheap, renewable, and reduces the reliance on fossil fuels, but is not considered a clean energy source.

Solar power harnesses the sun’s energy to produce electricity. This is a clean energy source and will become more prevalent as solar panels become more efficient in low-lighting.

Wind energy is another clean energy source that harnesses the power of the wind to turn generators which then produce electricity. In windy areas, this is a very efficient form of clean energy. The biggest problem with wind turbines is they aren’t suitable in urban areas, and so must be built in remote windy areas or out at sea. Learn how to switch to wind powere here!

It is difficult to say whether one source of renewable energy alone can replace fossil fuels. It is more likely that a combination of sustainable energy sources could replace them instead. Solar power is more accessible to the average individual as it can be installed on roofs of homes with relative ease. In the future, when solar panels can generate electricity even in low-light scenarios, putting them on as many rooftops as possible could be an extremely effective way of producing more energy without taking up space.

What is the best alternative to fossil fuels?

Solar power is entirely renewable, and the initial installation costs are outweighed by the money saved in traditional suppliers’ energy bills. Regardless of the financial potential, solar cells are prone to deterioration over time and still rely on steady weather conditions to function consistently.
Tidal energy is a relatively new renewable energy source, but it has already shown great potential. One UK study recently reported that tidal energy could meet almost 20% of the U.K's electricity demand. Because it is such a new source of energy, it’s unclear whether it alone could replace fossil fuels.
Wind energy is another promising alternative to fossil fuels; it makes use of an infinite, natural resource, namely wind. It generates no waste and leaves the surrounding areas relatively untouched. Wind energy is also a sensible environmental investment — the average wind project repays its carbon emissions in under six months while avoiding the CO2 emissions of 42 million cars.
The best alternative to fossil fuels is to use all clean energy and alternative energy sources in tandem and then increase our dependence on clean energy sources as they become more efficient.

A healthier, cleaner world to live in. Currently those living in urban areas face respiratory issues from sub-par air quality. Alternative energy sources will help improve this significantly. There won’t be oil spills to deal with, we’ll have cleaner water supplies, global warming will lessen dramatically, and so on.
Creates more local jobs. Clean and alternative energy sources are often produced and used within the US, which can help create more jobs, especially in rural areas.
We can future-proof our energy supply. Whether you believe in global warming or not, there’s no denying that fossil fuels will continue to become more scarce and more expensive. Alternative energy sources can continue to supply electricity when this happens.
Alternative energy will become cheaper for consumers. As fossil fuels become more scarce, their prices will rise. Alternative energy sources will not become scarce – provided we create the infrastructure – and so this will drive energy prices down in the long term.
Reduce dangerous environments for workers. Those who work in coal, oil, gas, and nuclear power (not a fossil fuel, but worth mentioning) work in dangerous environments. If you look back in history, you can discover numerous occasions where miners have died in tunnel collapses, fires, explosions, and meltdowns. It’s easy to think of these occurrences as a thing of the past, but they still happen regularly where fossil fuels are still abundant.

Our infrastructure is built for fossil fuels and that means that we need to do a lot of work to change things. Since the industrial revolution, we’ve relied on fossil fuels to develop and grow our societies. Now, we need to change things drastically if we wish to continue living in a healthy world where there is enough energy for all.
Businesses will have to change. Change is necessary, but it’s not always easy. Asking whole industries to move to something different is an extremely difficult thing to do. The businesses that go with the change will survive, but many will resist and therefore die, meaning a loss of jobs, even as alternative jobs are produced.

What does the future look like for alternative energy and fossil fuels?

It is likely that renewable energy sources will gain prominence over the next decade, and then more dramatically over time; however, initial investments are required to get these projects off the ground and that can slow down the process. The decline in international oil prices and natural gas has meant that suppliers are even better equipped to deal with the rise in popularity of alternative energy sources.
Ultimately, there is no single renewable energy source that can single-handedly replace fossil fuels. What’s required is a thoroughly thought-out combination of several sustainable options, each one to be used where appropriate and financially viable.

The transition from fossil fuels to renewable energy sources will not happen overnight, and it will not occur without setbacks and challenges. But the process does need to start now, as it may take four or even five decades to get to a place where it’s making a recognizable impact. It will entail a number of costs, not only financially but also from the perspective of changing our habits and ways of thinking. The fundamental point is that a transition to more sustainable options is possible, as long as we begin the process soon.
If you’re ready to make the switch to renewable energy sources to lessen the demand on fossil fuels and encourage the country to invest in the infrastructure to produce more clean energy, then it’s time for you to choose renewable energy. With Inspire, it takes less than five minutes to sign up and then you’ll begin enjoying the benefits of unlimited clean energy in your home. Learn more about how to switch to renewable energy today.