How Does Climate Change Affect Us? 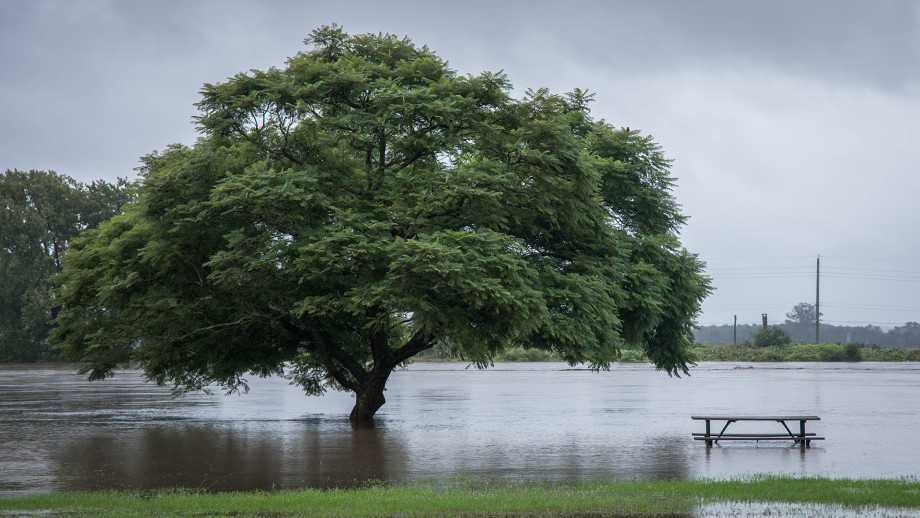 Learn the repercussions of climate change on humans.

How does climate change affect us?

Here are some of the ways that climate change can affect us now and in the future1:

These examples above are only a few of the many ways that climate change directly affects humans and the environment. Other examples include increased allergies, increased pathogen and disease presence, higher electric bills, power blackouts, rising taxes, and much more.

Other main health impacts have to do with the following conditions that are a result of and exacerbated by climate change2:

These are some of the most basic ways that human health is impacted by climate change. There are still numerous other human health impacts to consider as well that can have dramatic and adverse effects on our health.

How does climate change affect the global economy?

The global economy is affected by climate change in many ways. Looking at different economic sectors, you can have more specific forecasting for what kinds of potential losses will be suffered from a continued increase of global surface temperatures and changes in climate and precipitation patterns.

For example, the most vulnerable sector of the global economy is agriculture. Floods, droughts, wildfires, all results of climate change, can do epic damage to farmland. The loss of crops and livestock can make a dramatic impact on parts of the world that are economically dependent on the success of agriculture. This includes many areas of the developing world, but also many regions within the United States whose biggest economic drivers are agriculturally based. For example, any significant damage done to the pig population or corn crop in Iowa could have regional economic consequences that would be catastrophic to many of the local economies. Even though most of the consequences would be felt locally, there would still be a ripple effect that would affect the entire U.S. economy as well as corn and pork prices3.

How does climate change affect a country?

How is the U.S. affected by climate change?

One of the largest ways the U.S. is affected by climate change is that not only have natural disasters increased in frequency, they have increased in severity as well. Hurricanes are stronger. Heavy rainfall can create more flash floods and landslides, or the lack thereof can create longer drought cycles and wildfires. The wildfires that are occurring burn hotter and longer, and the potential damage they can cause is increasing rapidly4.

What countries are most affected by climate change?

As mentioned earlier, climate change will affect many aspects of life. Across all aspects, these ten countries are considered to be the most affected or the most at risk from the devastating consequences of climate change.

Although every country in the world is at risk of some sort of devastation as a result of climate change, these countries represent the countries that will be the greatest affected in the next few decades.

How does climate change disproportionately affect communities in poverty?

Impoverished communities can be disproportionately affected by climate change and its consequences for many reasons. For example, impoverished communities typically rely on the success of their seasonal crops as a source of income. These natural disasters due to climate change hit agricultural communities the hardest as food scarcity can result from floods, drought, and wildfires. Prolonged food scarcity can create famine, which then creates a migration crisis, and any influx of a greatly impoverished population into an already economically delicate region, can create further problems for everyone involved. Impoverished communities of the world are more likely to be agricultural societies where there is a lack of employment opportunities and a lack of commerce6.

What are large-scale solutions to climate change?

If we fail to reduce global greenhouse gas emissions, we will face devastating impacts across the board. On a large-scale, there are actions that need to be taken to reduce climate change effects. These actions include electrifying as much fossil fuel-reliant products or services as possible, and moving to 100% renewable energy production for commercial and consumer use. It will take entire industrial committees and government bodies to enact these positive changes and ensure their successful introduction or progress7.

What can individuals do to reduce the effects of climate change?

As an individual, you can help reduce the effects of climate change by finding ways to use energy more wisely on a daily basis. For example, you can do this by installing energy-efficient appliances, unplugging unused electronics, and switching to renewable or cleaner energy sources8. As an Inspire member, you can accelerate the world’s transition to a net-zero carbon future by accessing renewable energy for your home.

You have the power to make a difference by signing up for a 100% clean energy supply plan for your home. Not sure if renewable energy is right for you? Read some of our Inspire Clean Energy reviews to see how we've helped customers make the switch.