What is Methane and Why Should We Care? 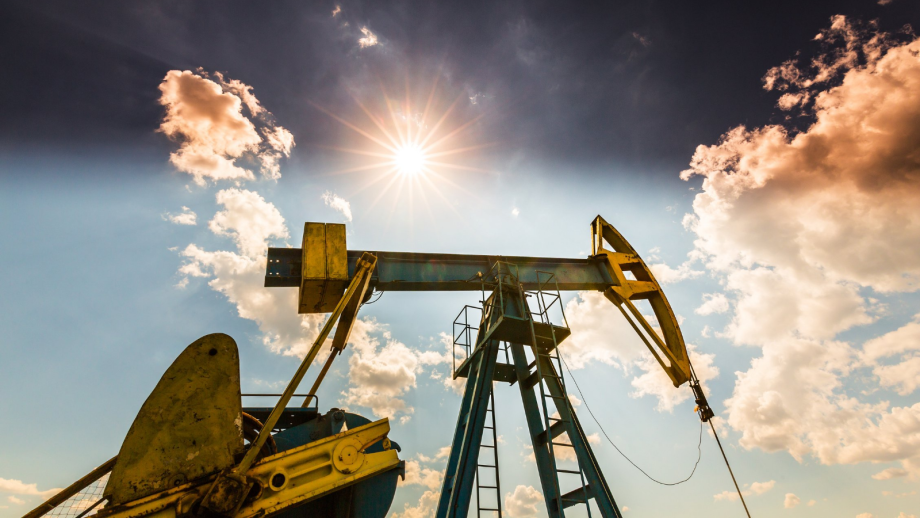 The natural sources of methane, how humans accelerate its production and where it impacts us the most.

When it comes to greenhouse gases, news headlines tend to focus on carbon dioxide (CO2). Yet, despite its relatively low public profile, another gas plays a crucial role in climate change: methane. In 2019, methane (CO4) accounted for about 10% of all U.S. greenhouse gas emissions from human activities1. Despite its presence in the atmosphere, methane is unfamiliar to many of us, like what it is exactly and why we should care about it.

As always, we're here to break it down for you and make the complex topic of climate change a little less overwhelming.

What the heck is methane?

Methane is the main component of natural gas. It's lighter than air, colorless and, despite what you might think considering animals burp it out, odorless. However, it can also release toxins from human activities such as agriculture, fossil fuel production and rotting landfill. Methane is a universal gas that occurs naturally in animals, organic matter and wetlands.

Methane in the atmosphere

Yes, there is much more CO2 than methane in our atmosphere. However, methane's global warming potential (GWP) — its warming potency compared to CO2 — is around 28–362. That means it's 28–36 times more effective at trapping heat in the atmosphere than CO2 over 100 years. So, adding one molecule of methane to the atmosphere over 100 years has the same effect as adding 28–36 molecules of carbon dioxide.

Luckily, methane only lingers in the atmosphere for 10 years or so, compared to roughly 200 years for CO2 3. While this might sound like good news, methane eventually transforms into CO2, ultimately adding even more into to the atmosphere – sigh.

Methane and our health

Methane itself won't necessarily cause health problems. But other pollutants are typically found along with methane, and these are what can have an impact on your health.

If you live near a well, pipeline, compressor station, or an ethane plastics plant, you may have a higher risk of experiencing skin rashes, fatigue, and headaches. Over 50 chemicals typically used during the fracking process of methane are known or suspected to cause cancer. Long-term exposure to these toxic pollutants can harm your liver, kidneys, heart and central nervous system.

Particles can get into your lungs when you breathe, causing or worsening respiratory issues like asthma, pneumonia, or COPD (chronic obstructive pulmonary disease). In addition, exposure to pollution may put you at a higher risk of developing more severe symptoms from COVID-19.

Methane can come from many sources. It's often produced naturally in the environment, by animals, and due to humans. Let's take a closer look:

1. Natural sources
Wetlands are the most prominent natural source of methane. It is produced when plants and other organic matter decompose without oxygen – like when they're underwater. This decomposition takes place in wetlands, swamps and marshes and is estimated to produce up to 70% of the natural methane in the atmosphere.

In addition, our oceans contribute approximately 2% of global methane emissions. Methane is produced by microbes that live in the digestive tracts of zooplankton and other ocean wildlife.

Another methane source that's causing concern is the vast amount built up under the oceans and within glaciers. In low temperatures, methane gas combines with water to form a solid structure known as a methane clathrate (or methane hydrate, methane ice, or natural gas hydrate). When temperatures rise in the ocean, these structures melt and release methane.

Fossil fuel industries are the most significant contributors to global methane emissions. Methane is released into the atmosphere during the extraction of fossil fuels such as oil, coal, gas and natural gas. Methane is also produced at landfills, as organic garbage decomposes underground without oxygen (similar to wetlands).

In our homes, methane is quite common — the natural gas that many of us use to cook and heat our homes is around 85% methane.

In rural areas, methane is also produced due to biomass burning such as agricultural wastes, grasslands and forests (for land clearing).

3. Methane from cattle farms
The cattle industry is one of the main contributors to methane emissions. Cows generate methane through their digestion and their waste.

A 2018 study5 showed that adding seaweed to a cow’s diet can reduce its methane production by almost half. But those researchers found one problem with this solution: cows don’t seem to like the salty taste of seaweed very much.

While the natural environment has systems to counteract the rise in methane in the atmosphere, advances in science and technology are also helping us move the needle.

New technology means that we won't have to put our "waste" to waste. Methane produced by decomposing matter at landfill sites is tapped as a gas source and can be recycled to make electricity and heat. Although this process might result in more carbon dioxide, the overall contribution to climate change would be less than if the methane weren’t recycled.

The U.S. currently operates more than 500+ landfill-to-energy projects, while Germany, always a leader in renewable technologies, produced enough electricity from biogas in 2009 to power over 3.5 million homes. And since 2005, Sweden has been using this technology to power a train, which runs between two cities 75 miles apart.

From cows' burps to the decomposition of organic matter to the vast oceans and heating our homes, methane is present everywhere. Its potency in our atmosphere makes it a serious factor in influencing how Earth's systems respond to emissions. Discovering ways to reduce or reuse methane produced by human activity is important in managing climate change.

It's never been easier to reduce carbon emissions and make an impact on the planet. To learn more about offsetting your natural gas consumption, visit Inspire's Clean Natural Gas plan page or contact Inspire's friendly Member Experience team at (866) 403-2620. And, as always, if you're looking for renewable options for your home's electricity supply needs, we also offer access to clean, renewable energy for one flat monthly price. Start now – the planet will thank you.