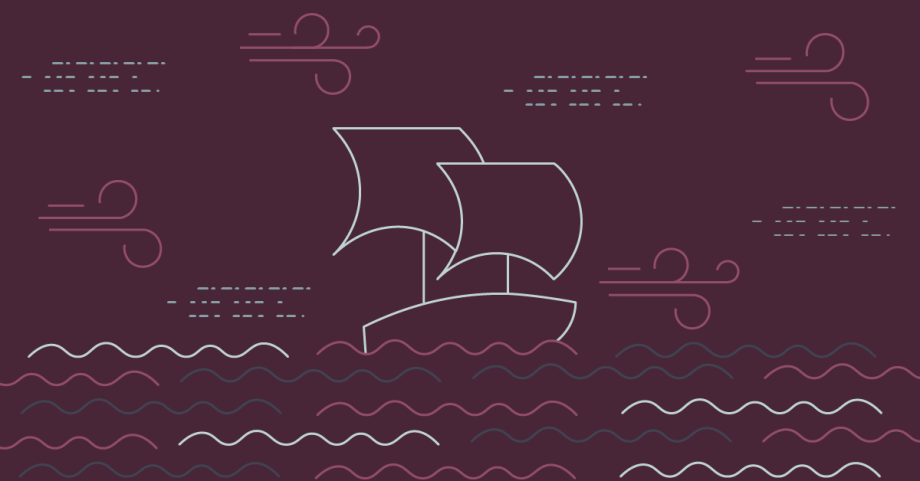 A brief history of wind power

The Beginning of Wind Power

During the second half of the 20th century, as the risks and environmental toll of fossil fuel reliance grew increasingly apparent, there was a surge of interest in developing cleaner, renewable sources of energy. One of the foremost among these clean energy technologies has been wind power. Today, over 83 countries1 make use of wind power, with Denmark deriving 40% of their electricity from wind farms. But who discovered wind energy?

The history of mankind's use of the wind as an energy source is surprisingly long. In fact, it could be classified as one of humanity’s oldest power sources. To trace wind energy back to its ultimate roots, we need to go back in time, beyond the dawn of recorded history.

The first known wind turbine was said to have been built in Scotland, UK.
Created by Professor James Blyth of Anderson’s College in Glasgow (now Strathclyde University), this turbine measured 10 meters high and was originally installed in the garden of Blyth’s holiday home.

Blyth used the turbine to charge accumulators developed by chemical engineer Camille Alphonse Faure, to power the lighting in his holiday cottage. This meant that Blyth’s unassuming little cottage was the first house in the world to power its electricity by wind energy!

Blyth offered to share this electricity with his neighbors, but they were suspicious and believed that electricity was ‘the work of the devil.’

Since then, the way we view electricity has changed a lot (thank goodness!), and we use it every day to power our homes. We create that electricity through the use of wind, sun, water, and heat produced naturally in the earth, and it is these renewable and sustainable energy sources that we need to focus on to create a cleaner planet.

When was wind energy first discovered?

It is believed that Professor James Blyth made this ground-breaking discovery in 1887.

A year later, wind energy made it to the United States as Ohio inventor Charles Brush created a wind turbine to provide electricity for his mansion. Since then, we have been developing wind turbines, both onshore and offshore, which has created an energy source that is much safer and environmentally friendly than its predecessors.

In what country was wind energy first used?

In 1887, Blyth used his first turbine in Scotland, and that was followed closely by Brush here in the US. Wind power was first used to make electricity for multiple homes and businesses in 1890, but it wasn’t until WWII that the turbines we’re familiar with today were first used. In 1941, a large metal turbine powered utilities for a town in Vermont.

Where is wind energy found?

Today, wind power is used all over the world. It can be used for specific tasks like pumping water or grinding grain, or a generator that converts this energy into electricity that will power homes, businesses, public buildings like libraries, schools and hospitals.

Wind power offers us an energy source that is:

The demand for renewable energy sources such as wind power is going up, with most countries pledging to aim for carbon neutrality over the next couple of decades.

What is the original source of wind power?

The answer to this question depends on whether you’re asking where wind itself comes from, or how humans first harnessed the power of the wind. For the latter, scroll down a little to learn about how humans in ancient history used wind, but for the former:

Depending on how far back in the process we want to go, we can technically say that wind energy is also derived from the sun. The sun heats the earth and the air above it warms and rises upwards. However, in some colder places near the equator, the air stays cold and remains close to the Earth’s surface.

The warmer air rises, creating a vacuum. The heavier, cooler air flows in, filling this void and that is how wind is created. As air pressures change with the heat, wind will speed up or slow down.

Ancient Sails: The First Use of Wind Power

Sailing has a long and illustrious history, going back an astounding 8,000 years.

While the use of seaworthy boats has been noted as far back as 45,000 B.C.E. by the colonization of Australia, the use of sails to power a vessel came later. Some of the earliest evidence of sail technology comes from the Cucuteni-Tryptillian culture in Eastern Europe, whose ceramics depict sailing boats around the sixth millennium BCE. By 3,000 BCE, proto-Austronesian people were sailing across the islands of the South Pacific. Mesopotamian evidence from slightly later also provides evidence of sailing boats, and later, around 3200 BCE, sails had been developed in Egypt.

A range of diverse world cultures have made use of this technology, from Polynesian cultures, to imperial China, to Europe during the “Age of Sail.”

Windmills: A New Way to Harness the Wind

Maritime exploration wasn't the only historical use of wind as a power source.

Windmills were first used in Hellenistic Greece. Heron of Alexandria (c. 10-70 AD), a Greek engineer and accomplished mathematician, invented an organ powered by a windwheel, which powered a piston that forced air through the organ's pipes.

Windmill technology took off in central Persia in the ninth century A.D., in the form of "panemone windmills" with sails rotating in a horizontal plane. Using six to twelve sails covered with reeds, early windmills were used to grind grain or to draw water.

Historians are unsure whether these earlier Near Eastern windmills directly inspired the later development of European windmills, first used in France and Belgium during the late 12th century. European windmills, used to grind cereal grains into flour, underwent numerous developments and improvements during the late Middle Ages and early Modern period. To this day, windmills remain an iconic symbol of many localities in Northern Europe, notably Holland.

As far back as 1877, a windmill was first used as a means of generating electricity.

Designed by Professor James Blyth of Anderson’s College in Scotland, this 10-meter-high turbine was successfully used to charge accumulators to power his holiday cottage in Kincardinshire.

While wind power did see further development during the early to mid 20th century, the real push for its development began in the early 1970s. It was at this time that concerns with fossil fuel use came to a head. From 1974 through the mid-1980s, funding from the National Science Foundation and the US Department of Energy enabled NASA to develop the United States' first utility-scale wind turbines. Four different turbine designs were developed, pioneering the technology that led to the efficient wind farms of today. It was also around this time that NASA developed the Viterna method, a model that takes into account the three dimensional effects and stall behavior of turbines to better predict their performance.

In the later 1980's and early 1990's, there was a temporary decline in interest and funding for wind research. This was driven partly by very low oil prices at the time, which made wind power uneconomical in comparison. After the turn of the 21st century, global crises and steep oil prices, combined with concerns over global warming and fossil fuel depletion, brought wind energy’s potential back into the public consciousness.

Today, ongoing advancements in wind technology have helped make wind more reliable and efficient than ever as a clean power source. By the end of 2015, there were over 314,000 turbines worldwide2, generating about 3.7% of the world’s electricity. As wind turbines continue to be refined and improved, wind power stands as one of the most important alternative energy sources for the 21st century and beyond.

What countries use the most wind power today?

In 2020, the three countries that produce and use the most wind energy are China, the US, and Germany.

In 2015, China installed more wind turbines than all the countries within the European Union combined, and currently makes up 33.6% of the world’s wind power.
The US accounts for slightly less of the global share of wind energy, but has states such as Iowa and Texas, where a huge percentage of energy comes from wind. Surprisingly, Texas accounts for a large portion of America’s wind power, producing enough energy to supply 5.3 million homes.

Germany has a cumulative installed wind power capacity of 44,947 megawatts, which is impressive for a country that is significantly smaller than the other top two countries.

It is possible to build and install your own wind turbine, but for most it simply won’t be practical or cost-effective to do so. (You can learn more about how to use wind energy at home here.)

An easier option is to make the switch to renewable energy with us, so you can gain all the benefits of using wind energy, without the impracticality of your own wind turbine.

At Inspire Energy, we are committed to being a 100% renewable energy company providing you with an energy source that is clean, sustainable, and predictable. We are on a mission to provide an energy experience that benefits our planet as well as our customers.

By choosing a clean energy source, you’ll be doing your bit to drive up the demand for more environmentally responsible energy sources, which allows us to purchase more energy. We’re proud to say that since we started our journey in 2014, we have prevented almost two million metric tons of CO2 emissions from being burned into the atmosphere.

To learn more about how to make the switch and to do so in just 5 minutes, click here.

Thinking of powering your home or business with wind energy? Read the latest Inspire Energy reviews to see how we've helped customers make the switch.