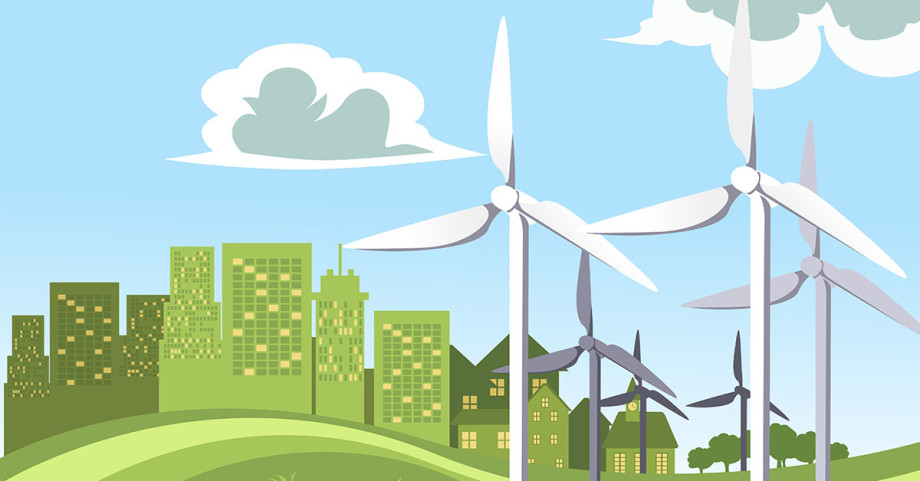 Wind Farms in the US & The Future of Renewable Energy

Renewable energy has gained a lot of attention in recent years, most likely due to an increased awareness of our environmental responsibility and previous damage done to the planet. We also largely have a desire for knowledge about clean energy resources that won’t break the bank and power the world while lowering reliance on fossil fuels.

Choosing clean energy like wind energy to power your daily life is actually much easier than you think. Did you know that with only your address and a recent electricity bill you could lower your reliance on fossil fuels?

Choosing an unlimited renewable energy plan that powers your home with clean, renewable energy sources like wind farms is one easy way to take a step towards living with less reliance on fossil fuels. Signing up to explore clean energy options only takes two minutes, and you’re on your way towards clean energy from wind, solar, and geothermal sources.

Unlike most conventional energy sources, wind power saves the use of billions of gallons of water a year, reduces carbon emissions and cuts pollution. It is often described as one of the cleanest and most environmentally friendly way of sourcing energy, but how does it all work?

Can I Use Wind Energy to Power My Home?

Yes, and you don’t have to build your own wind farm – or live close by one – to choose wind energy for your home. As you now know, wind power is one of the very best clean energy sources we have available to us, and with our help, you can choose to power your home with clean energy.

We often think that we are tied into whatever energy sources our utility company gives us, but that’s not the case. In many states, you are in control of the energy you get and pay for, and the best way to ensure you’re not contributing to environmental harm is to actively choose your electricity provider.

Here at Inspire, it’s our mission to inspire people to fight climate change by delivering the world’s best clean energy technologies to anyone and everyone. Our simple clean energy subscription plans mean you’re in control at all times. That means a stable, regular bill, with no unexpected fees or the worry that you’re contributing to global warming. If you’d like to find out more about how we can help you, click here.

What Is A Wind Farm?

One of the most efficient ways of achieving cleaner, renewable energy is through the cultivation of wind farms. A wind farm is a group of wind turbines in the same location used to produce electricity. Wind farms are found in particularly windy areas, such as at higher altitudes, in wide open spaces, and out at sea.
What is the purpose of a wind farm?

The main purpose of a wind farm is to produce electricity at lower costs while lowering reliance on fossil fuels. Wind farms convert the kinetic energy that exists naturally in the wind to electrical energy that we can use to power everything in our lives that operates on electricity. This source of energy is not only renewable but also clean; it is a far more environmentally friendly way of cultivating energy than fossil fuels, which has an extremely harmful effect on the environment.

In 2019, wind farming avoided 198 metric tonnes of CO2 emissions, and every year it saves 103 billion gallons of water consumption. These savings help reduce some of the serious damage we’re causing to the environment on a global and local scale.

Another benefit of wind farms is that they reduce the costs spent on importing fossil fuels so those dollars can support domestic infrastructure, as well as reducing the cost of energy for us.

How Do Wind Farms Work?

The wind turbine is designed with optimal curvature to capture as much wind (and, therefore, kinetic energy) as possible. A wind turbine turns naturally occurring wind energy into electricity using the aerodynamic force from the rotor blades, which works like an airplane wing or helicopter rotor blade. Wind flows across the blade, and the air pressure on one side of the blade goes down.

The difference in air pressure across the two sides of the blade causes both lift and drag. The force of the lift is stronger than the drag, which causes the rotor to spin. The rotor connects to the generator, either directly or through a shaft and a gearbox, which accelerates the rotation and allows for a physically smaller generator. This translation of aerodynamic force to rotation of a generator creates electricity.

The more wind turbines you have, the more energy you can produce. A wind farm allows us to optimally place the turbines so the farms can produce the greatest amount of clean and renewable energy.

How Big Are Wind Farms?

Wind farms can vary in size from very few wind turbines to hundreds of wind turbines over a larger area. Their size also depends on whether they are offshore or onshore, since onshore space is limited, even in the US.
How many wind turbines are on a wind farm?

How Many Wind Farms Are In The US?

As of January 2019, the US Wind Turbine Database[1] has recorded more than 58,000 turbines. These turbines have all been constructed since 1980 and are spread out across approximately 1,500 wind power projects. These all span over at least 43 states (as well as Puerto Rico and Guam).

Which State Has the Most Wind Farms in the US?

It may be surprising to hear that the nation’s wind energy leader is Texas, the oil state! There are over 40 different wind farm projects in Texas, with a total combined rated capacity of 17,911 MW (megawatts). In 2015, wind accounted for an impressive 9.98%2 of the total electricity generated in Texas.

After Texas, the top 4 states for wind energy production are Iowa, California, Oklahoma and Illinois.

This increase in the number of wind farms has created thousands of jobs, not only for workers at these wind farms but also for farmers who lease their land to wind farm developers. In fact, according to the US Bureau of Labor Statistics[2], wind turbine service technician is the second-fastest-growing job in the US (after solar installers).

Where is the Largest Wind Farm in the US?

Despite the fact that Texas is the nation’s leader in wind energy, the largest wind farm in the US is actually located in Tehachapi, in Kern County, California. Also known as Mojave Wind Farm, the Alta Wind Energy Center is the biggest wind farm in the US, boasting a combined installed capacity of about 1,550MW. The first five units of Alta Wind Energy Center was commissioned in 2011, and the power generated by this wind farm is sold to Southern California Edison under a 25-year power purchase agreement.

Are There Any Offshore Wind Farms in the US?

The US shores possess a power potential of more than 2,000 gigawatts, which is nearly double the nation’s current electricity use. When it comes to the way we use our energy resources, the fact that there is such big potential presents an enormous opportunity to deliver large amounts of clean and renewable electricity to the country’s largest population centers, where it is needed most.

What Percentage of Power is Wind?

In 2019, wind energy was the source of about 7% of total US electricity generation, and about 42% of electricity generation from renewable energy. At Inspire, we are working to change that and increase the amount of clean and renewable wind energy in the US power grid. This will ultimately help lower reliance on fossil fuels and help heal the planet.

How Much Of Total Electricity Delivered To US Consumers Is Wind Power?

At present, electricity derived from wind farms powers about 20 million homes per year in the United States. By 2030, according to the US Department of Energy, wind energy may provide 20% of the nation’s total power.

How Many Wind Turbines Would it Take to Power a City?

The number of wind turbines it would take to power a city depends on several factors, including the size of the city and the number of people in a city. From a practical standpoint, two cities could both technically be the same size, but the first city could only have half the population of the second. The greater a population in a city, the bigger its need for energy.

To put this into context, New York City, a city with a high population density of 8.399 million, would need 3,687 offshore wind turbines or 3,797 km2 of space to power the city with wind turbines.

By comparison, a city like Los Angeles with a population of almost 4 million people would require 1,818 offshore wind turbines or 1,872 km2 of space to fuel it sufficiently.

How Many Wind Turbines Would It Take To Power The US?

It would take about 1.26 million wind turbines, covering about 0.01% of the land, to power the whole of the United States.

Wind power is still a new venture in the grand scheme of things - it creates thousands of jobs, and saves huge amounts of money in the long term through renewable energy plans.

As well as the financial benefits of using wind power, they do far less damage to the environment than their more conventional counterparts. Unlike thermal power plants, wind turbines require no water to produce electricity or cool power generating equipment. They leave almost all the surrounding land undisturbed, and the typical wind project can often repay its carbon footprint in under six months, all the while providing decades of zero-emission energy.

Inspire Energy is a clean energy provider that focuses on delivering renewable energy to homes all across the United States. Launched in 2014, and headquartered in Santa Monica, CA, Inspire was founded on the idea that energy should be simple and clean. If you’re interested in finding out more about how we can help you use clean energy, save the environment, and save money, click here.