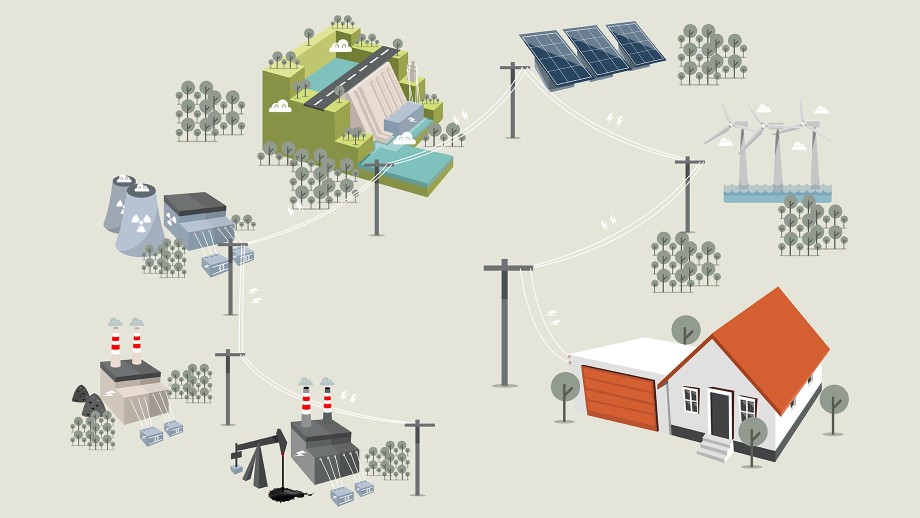 Let’s look at 6 alternative energy sources and discover exactly what they are, how they work, and see how they compare to the other energy sources you should know about.

What are the 6 alternative energy sources?

Hydropower is one of the oldest forms of energy used by humans and has been used worldwide throughout history. Hydropower harnesses the natural energy of water to create electricity. Today, we see this most frequently in the form of dams. This alternative energy source is one of the most reliable, especially in naturally wet areas.

Wind energy is one of the cleanest forms of alternative energy available. It has one of the lowest negative impacts on the environment of any energy source, and its use reduces the need for energy sources that create carbon emissions and pollution. So, how do they work? Basically, wind turbines capture kinetic energy from the wind and use it to generate electricity. Over the last decade, wind power has been lauded as one of the most environmentally beneficial energy sources available. In 2019 alone, wind energy reduced the water consumption of existing power plants by around 103 billion gallons1, equivalent to about 723 billion bottles of water.

Biomass is reliable, but not quite as clean as the other sources on this list. It is generated from wood, straw, energy crops, agricultural byproducts, and municipal and industrial waste. Biomass is used in the same way as fossil fuels: it is burned to produce steam, which can be used for electricity generation.

Biomass is helpful to the environment because it reduces waste, is carbon neutral, and is widely available. One downside is that this energy source still requires the burning of materials, which isn’t ideal for the environment, but it is still a far cleaner process than the use of fossil fuels.

Solar power is the alternative energy source most people know about because it’s the most common form to see around our homes. While the term solar power actually includes harnessing both the sun’s light and its heat, harnessing sunlight through solar panels is the most efficient.

Solar power also has the unique benefit of being extremely scalable. We can install solar panels on any rooftop anywhere in the world, so there’s a lot of potential for solar power in the future, especially when panels become more effective at harnessing the sun’s energy.

Solar thermal energy is less efficient but is ideal for single buildings. A solar thermal device collects the sun’s heat and is typically used to heat water for the building it is installed on.

Geothermal energy is harnessed from the natural heat beneath the Earth’s surface to create steam to power generators. The power plants for geothermal energy can even be built underground, which means they take up very little space. One of the environmental benefits of geothermal energy is that it produces virtually no carbon emissions. It is also very reliable and requires little maintenance once established.

Tidal power is another form of hydropower, but instead of dams, it uses the natural pattern of ocean and river currents to drive turbines. Tidal power is even more reliable than hydropower but less common because tidal power plants have to be built in what are often areas of outstanding natural beauty.

Are there any other types of renewable energy options to consider?

Natural gas accounts for a lot of our global energy usage, and so is worth mentioning here. The discussion of whether natural gas is renewable or not has been divisive over the years. The natural gas many people use for cooking is a fossil fuel and is fast running out. At our current consumption levels, there is only about 52 years' worth of natural gas left2.

The renewable portion of natural gas comes in the form of biomethane. Biomethane is easy to generate as it is produced from animals and landfill materials.

While much less damaging to the planet than fossil fuels, natural gas still produces carbon emissions, which is why its sustainability is so heavily debated.

A decade or so ago, hydrogen was the energy source everyone thought would soon be powering our cars. But hydrogen is actually a carrier of energy, not a source in itself, which makes it powerful. The problem is that there is very little pure hydrogen available because it’s so reactive. To make it, we have to use electricity and water, which is obviously problematic and can lead to the use of fossil fuels to create it. In the future, when clean electricity is more abundant, hydrogen may become more prominent.

Which alternative energy source is the best?

Because alternative energy sources rely heavily – if not solely – on environmental elements outside of our control, their availability varies from state to state, and country to country.

The optimum alternative energy source for each region or country depends on location, funding, and available natural resources. A financially stable, landlocked country that sees long daylight hours will benefit more from solar energy than wind energy, just as a coastal country might have great potential for onshore and offshore wind farms.

A country like India, which does not farm cattle to the extent of the US and China, may not produce as much biomethane, but it sees a lot of sun, so solar panels would be preferable.

Ultimately, no energy source is strictly the “best,” but from environmental, employment, water conservation, and health perspectives, the production of wind energy causes the least damage and offers the highest number of benefits. Wind power facilitates job growth, both locally and nationally and more than 120,000 workers in the US have jobs in the wind industry3 — and this number is growing.

Wind power provides entire towns with cheap and reliable energy every day, and it doesn’t harm the environment. Wind turbines leave the majority of the surrounding land unaffected and the local wildlife unharmed. They are relatively cheap to manufacture, easy to maintain, and can be built onshore and offshore, providing a safe, effective, and inconspicuous source of energy!

Most countries have access to at least a few areas that experience high levels of wind and it’s not reliant on daylight hours like solar power, so wind power is also easily accessible. Countries and states that see few daylight hours in the winter struggle to see major benefits from solar panels, but wind turbines can generate electricity no matter the time of day.

Power your home with different forms of renewable energy

As a global community, we have collectively developed a more thorough knowledge of the energy we use daily and its effects on the environment. We all want to make a difference for the better, and many of us are already altering the way we live to minimize the damage we do.

We pride ourselves on providing our customers with a plan that works for their specific needs while making a lasting impact on the environment. Best of all, it takes only a few minutes to join.